Should you exercise on an empty stomach? Part 2 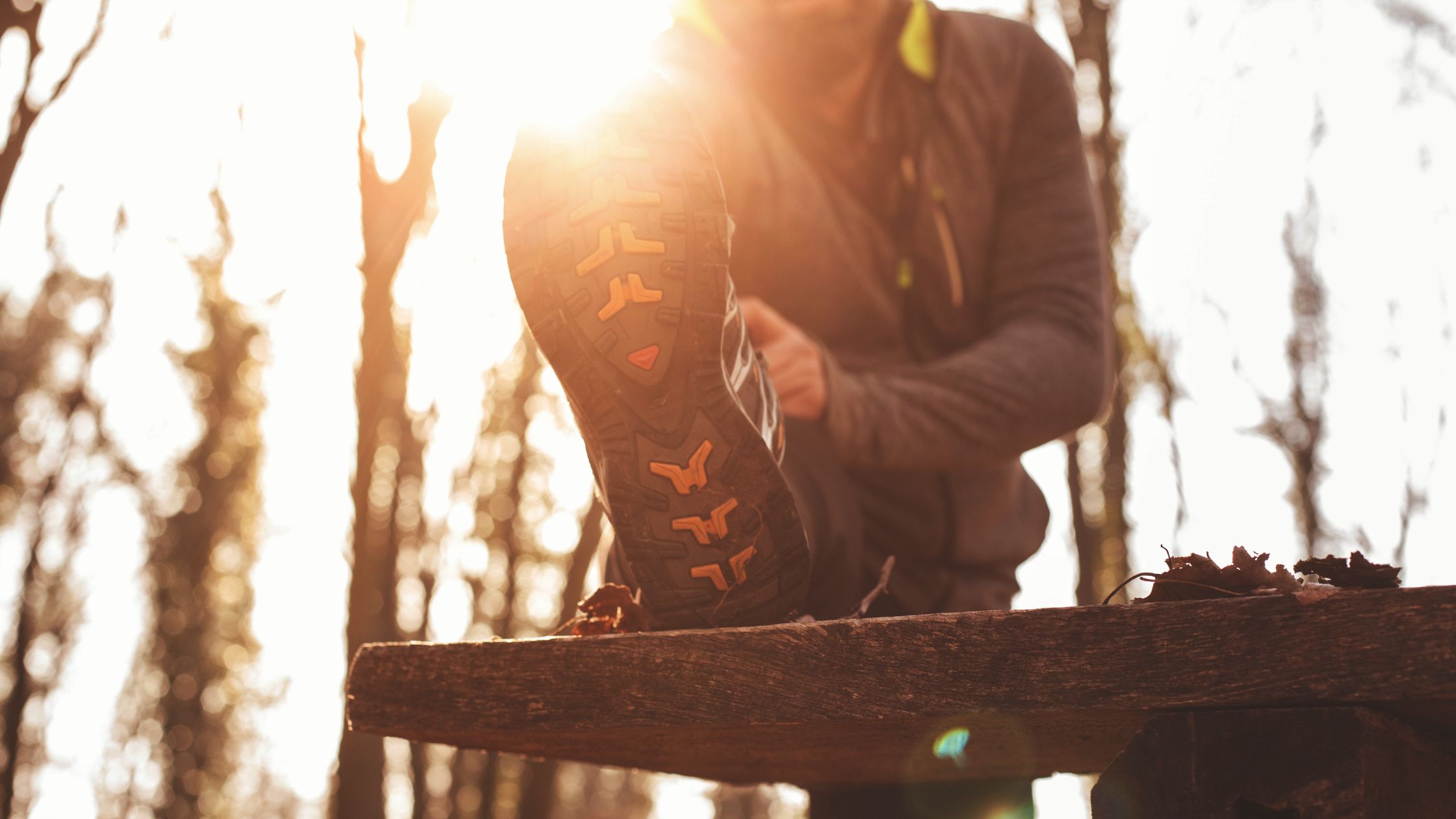 In our previous blog (part 1), we introduced the concept of fasted exercise, which is essentially just exercising before having eaten anything following an overnight fast, or skipping breakfast entirely. In that blog, we covered how exercising in the fasted state may influence body weight and adaptations to training. In this blog (part 2), we address fasted exercise in the context of a low carb diet, fasted training and performance, and considerations for women.

Ok, so what if you eat low carb and workout fasted?

Given the similarities in physiology between fasting and nutritional ketosis, whether you are in the fasted or fed state may not make that much of a difference in exercise metabolism. In other words, if there are inherent benefits to exercising in the fasted state, it is possible these would be similarly achieved even after eaten a ketogenic meal. A couple of studies have compared fasted exercise to protein fed and showed that unlike pre-workout carbohydrates, protein does not blunt fat oxidation and other typical outcomes of fasted exercise.

So, perhaps the results of fasted exercise are the results of the absence of carbohydrates. One Starting muscle glycogen content is also a critical factor influencing the short-term effects and long-term adaptations to exercise. Another study had recreationally active men undergo a muscle glycogen depleting exercise protocol, followed by either high- or low-carb dinner the night before overnight fasted high-intensity interval training. The purpose of this study was to assess how muscle glycogen levels and carbohydrate availability change adaptations to high-intensity interval exercise. What this study found was that low carbohydrate availability and exercising in a low glycogen state produced greater expression of genes associated with mitochondrial biogenesis (an adaptation to exercise training that promotes metabolic flexibility and metabolic health!). Whether or not this applies to habitual low carb dieters and how these effects may change with keto-adaptation has not been studied as far as we know..  Speaking of keto-adaptation… a keto-adapted individual, in theory, should be able to perform sub-maximal (endurance exercise) in the fasted state with ease, as they should already be highly reliant on fat for fuel.

In terms of performing in a competition setting, it’s unlikely any serious exercise physiologist would suggest heading into an event or game fasted. Training fasted is more of a tool for potentially enhancing adaptations to training, or for the recreationally active individual just looking for ways to improve their health. Carbohydrates will support better performance under most conditions, especially those of which are very long in duration and/or require high-intensity work). This study showed that compared to fasted exercise, carbohydrate feeding prior to endurance exercise had a glycogen sparing effect in the muscle fibers (type II) responsible for highly glycolytic activities. Less glycogen utilization generally means less fatigue. So, for competitions that require you to kick into high gear at some point during your event, this could be advantageous.

However, if you’re not necessarily going into a bout of activity seeking optimal performance, a meta-analysis found that eating before endurance exercise lasting longer than 60-minutes enhances performance, but anything shorter than 60-minutes showed no difference. They also reported that fasting had no negative effect on high-intensity performance and only slightly benefited anaerobic (e.g., run to exhaustion) performance. These results were only based on a handful of studies, therefore, much more research is needed. It’s important to note that overnight fasted exercise does not mean you are going into your workout with empty muscle glycogen stores. Unlike liver glycogen stores, muscle glycogen does not budge with short-term fasting. So, you’re still working out with normal muscle glycogen stores, thus, performance shouldn’t really be affected, even at high intensities with something like high-intensity interval training. No compromise to performance and equal rates of perceived exertion were reported in this study, comparing fasted, to carbohydrate-fed, to protein-fed HIIT. So, if your workouts are short enough, working out after an overnight fast shouldn’t impair your ability to complete your workout.

Nonetheless, for peak performance outcomes, it does seem like a good idea to have fuel on board. Fasted exercise is instead a potential tool to enhance our adaptations so that come race day, your muscles have a greater capacity to burn fat and spare glycogen which can delay fatigue during an endurance event. The same adaptations make us more insulin sensitive and metabolically flexible. With all that said, if you can not complete your bout of exercise in the fasted state or really don’t prefer it, then of course, opt for exercising after eating.

This really isn’t clear and likely depends on the individual and their goals. Many people believe women should not perform exercise in the morning on an empty stomach since exercise is by nature a stressor and you’re adding this stress on top of already elevated cortisol levels (cortisol levels are highest in the morning). It’s claimed that this will eventually lead to thyroid and hormonal disturbances in women because you’re exacerbating this “fight or flight” mode. This is a real concern for female athletes who are at high risk of developing relative energy deficiency syndrome, or RED-S. Skipping breakfast and heading out on a long run or ride can dig you into an energy deficit that may not be easy to recover from over the course of the day, thereby leaving one in a negative energy balance. Overtime, this can wreak havoc on the female athlete and will most likely manifest as loss of their menstrual cycle, fatigue, among the various other symptoms of RED-S. There was also a study that found female athletes that spent a longer time in the fasted state, even in energy balance, were more likely to experience menstrual deficiencies.

So, there are definitely reasons for female athletes to be cautious when it comes to fasting and sport.

But what about the women who are just exercising for health and well-being, or maybe trying to lose some body fat? There really isn’t much research to help form any confident recommendations for these women, and it may depend on personal preference and experience. As far as physiology goes, women burn more fat during exercise than men, and this holds true even in the fasted state. We couldn’t find any research to suggest that fasted exercise is more or less “stressful” for women, or that the increased cortisol with exercise is actually additive on top of morning cortisol levels. This may be assuming too much, and makes for a good “physiological story”. This study, although in men, showed no difference in pre- or post-exercise cortisol levels between fed and fasted groups. In fact, they found that consuming carbohydrates during the 4-hour recovery period significantly reduced cortisol levels in the fasted-exercise group. We are not under the impression that an overnight fast is a significant stressor. That said, if anyone does have any research to bring forward, we welcome it with open arms!! The research group at McMaster University ran a fasted vs fed-HIT study in overweight women and found that after 6-weeks, the benefits of the protocol were similar regardless of meal timing. There was no mention of any adverse outcomes in these women undergoing HIT in the fasted state.

The reality is, unless you are a training athlete, most women aren’t working out for hours on end and probably don’t have to worry about burning themselves out with fasted exercise. In contrast, because women are more reliant on fat to fuel exercise, this might even make the case that women would do better than men in the fasted state. Ultimately, we need research investigating these questions before making any sort of leaps in logic and convincing you one way or another. This isn’t to say that issues can’t arise, they can, just like with any lifestyle change that may alter your nutritional behaviors. There’s just no strong argument that we can see that would suggest women absolutely should not engage in fasted exercise. It sounds cliche, but it’s really important to just listen to your body and be aware of any symptoms you may be experiencing.