What is NASA NEEMO? 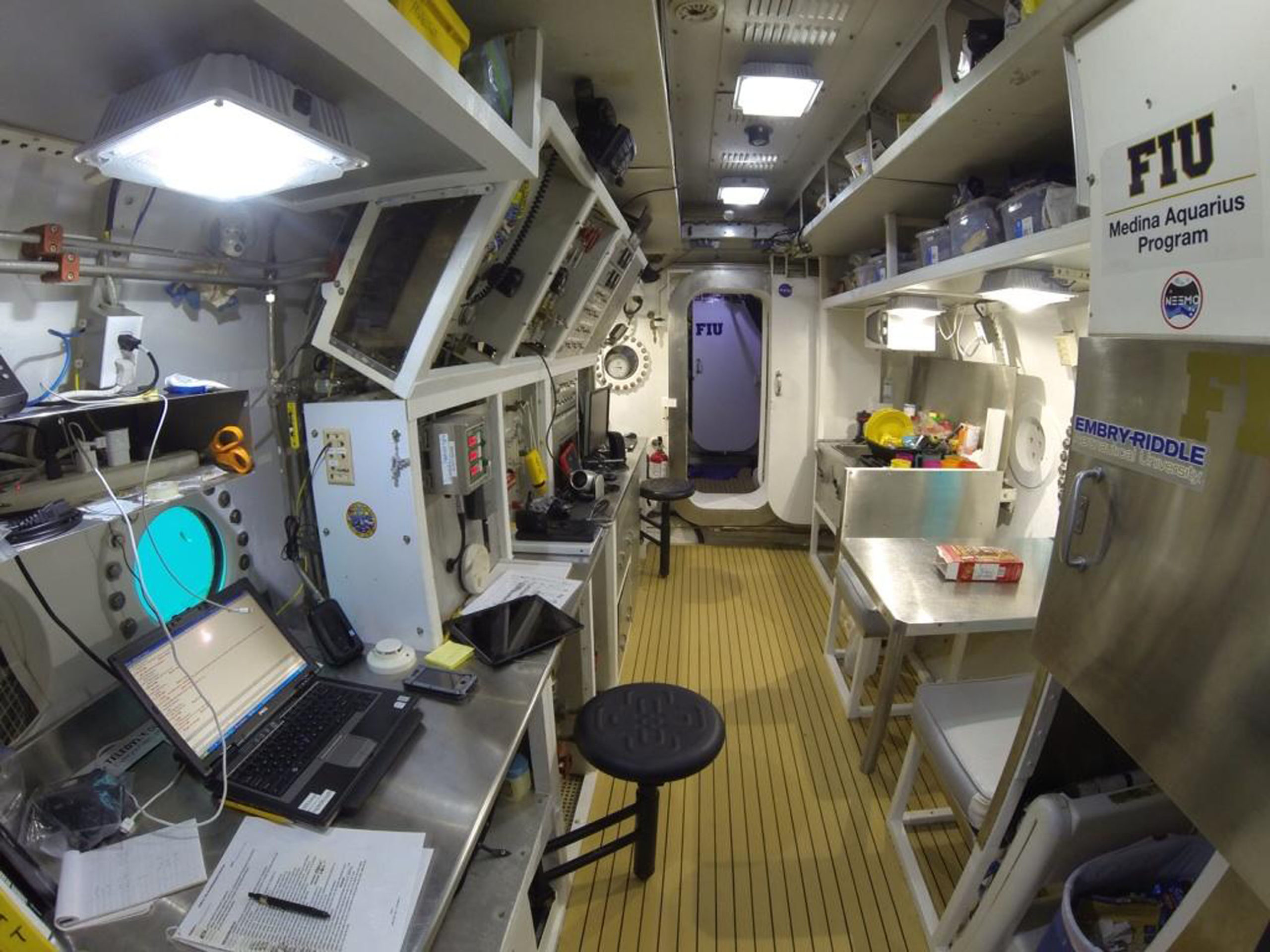 Inside the Aquarius habitat

NEEMO stands for NASA Extreme Environment Mission Operations, and the NASA NEEMO mission serves as a space analog mission, due to its similarities to space-flight, including living in a confined space, high stress environment (physically and mentally), and geographical isolation. Crew members experience some of the same challenges that they would encounter during space flight and are also required to participate in daily extravehicular activities (EVAs) which simulate the microgravity in space due to the weightlessness of being underwater. 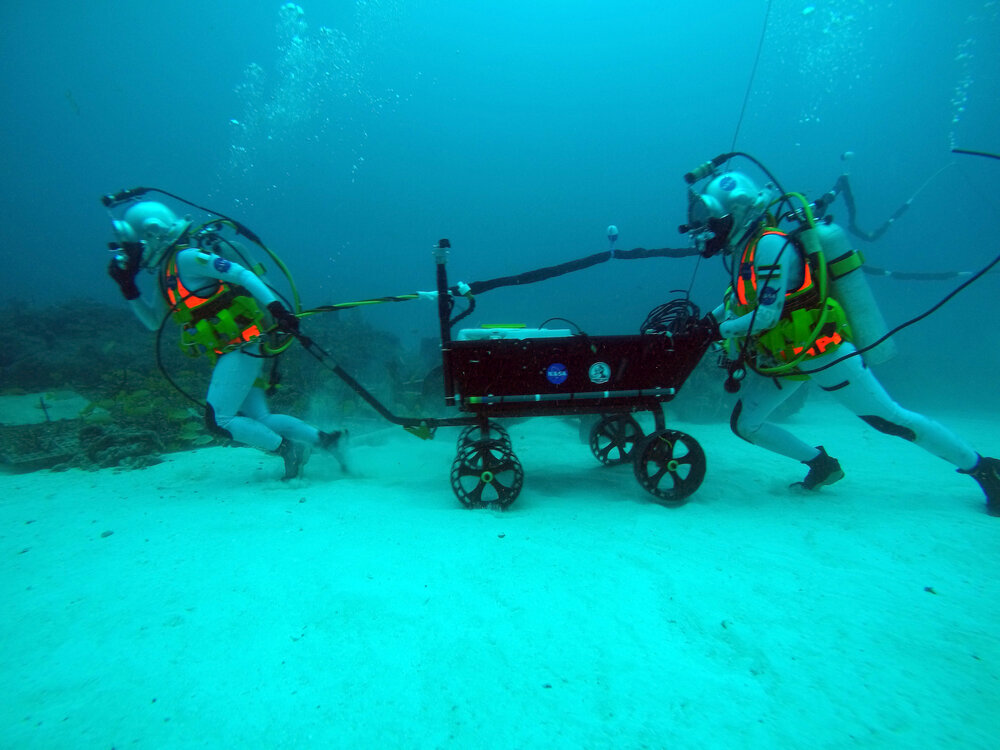 NASA NEEMO participants live in the world’s only underwater research laboratory (Aquarius) located in the Florida Keys for 9-10 days. NEEMO crew members are referred to as “aquanauts” and include astronauts, research scientists and professional habitat technicians. Living underwater for more than 24-hours causes the body to become saturated with dissolved gas, which is why we refer to the NEEMO environment as living in saturation. This research is therefore not only applicable to space missions, but also to divers (professional and recreational), those operating below sea level (e.g., submarines), and patients receiving hyperbaric oxygen therapy (HBOT). The effects of these environments are difficult to study, and little is known about how chronic exposure may impact human health. NASA NEEMO allows researchers to study the effects of multi day adaptations to extreme environments in real-world conditions, providing insight into the potential impact of these types of environments, mitigation strategies, and ultimately how to improve the health and safety of humans in similar conditions, including spaceflight!

Using the results across two NASA NEEMO missions (2017 and 2019), our research teams, in collaboration with Rutgers University, Larkin Hospital and National University of Ireland Galway sought to investigate how the human body may respond both mentally and physically to chronic exposure to hyperbaric saturation in a real-world operation. In this publication the data on each aquanaut’s cardiac, respiratory, autonomic, thermic, peripheral and central hemodynamics, sleep quality, and body composition parameters are presented, while the study subjects were living at saturation for 9-10 days. During the two missions eleven aquanauts (7 male and 4 female) participated in the data collection, but unfortunately most results don`t include all subject`s data in this publication due to inconsistencies in data collection. Most measurements were collected once pre-mission, three times during the mission, and once post mission (after “desaturation”), with the exception of body composition which was measured pre- and post mission.

How did living under water affect mood?

Despite the high stress environment of NASA NEEMO simulations, mental taxation, physical strenuousness, tenseness and business were all reported mild and/or moderate pre-mission and did not increase during the mission, while the aquanauts maintained high positive mood and were satisfied with their work. It is important to consider that the subjects chosen to partake in this mission are considered “psychologically fit,” which likely means they have a high threshold for stress, high workload and discomfort. They also underwent intense training for a few days before mission started (matching the physical and mental intensity of the mission), which could have influenced these results. 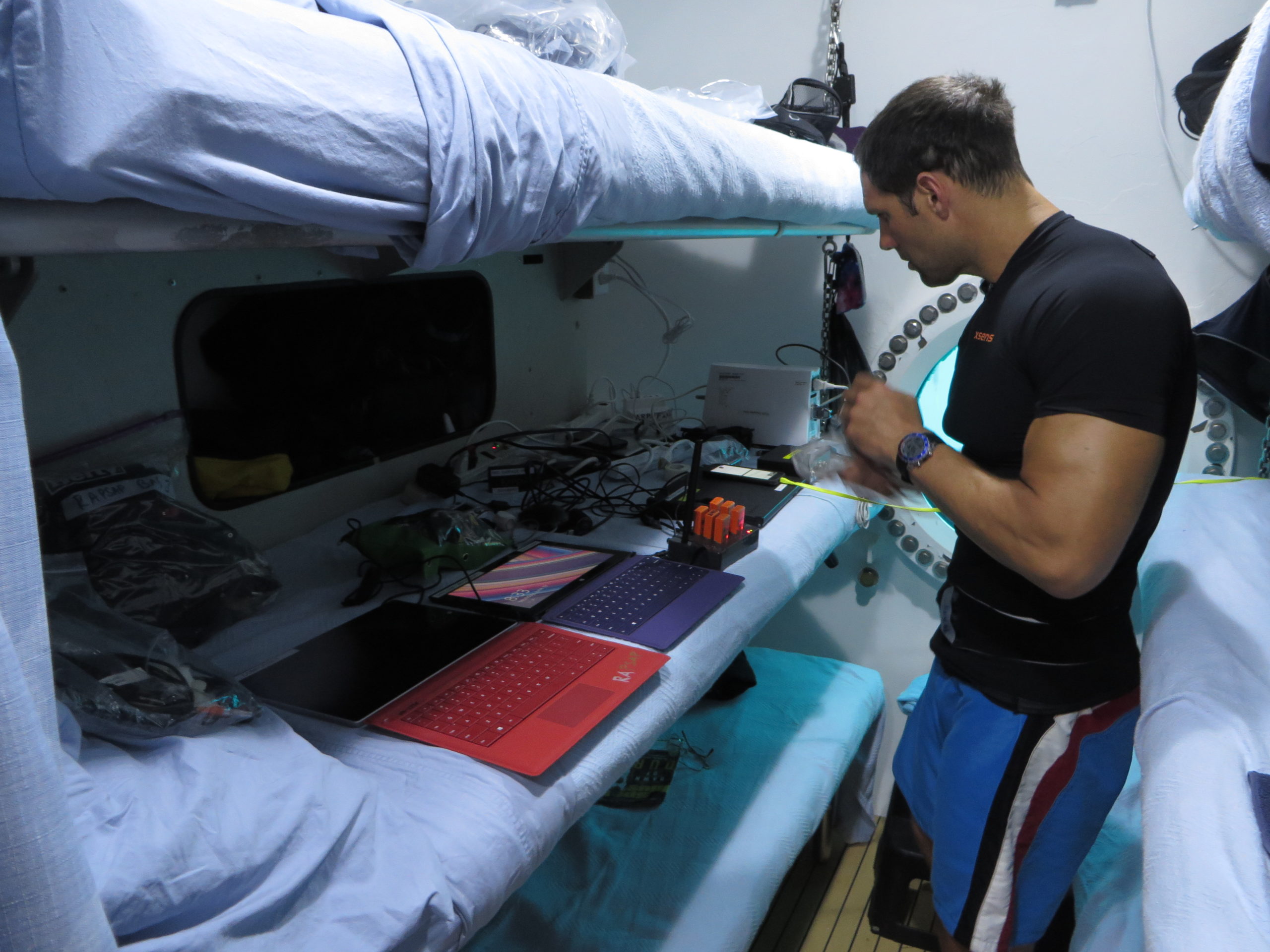 Living in saturation caused a significant decrease in resting heart rate and respiratory rate, reduced blood flow, and 5 out of 6 studied aquanauts experienced reduced skin temperature during saturation. All of these changes are signs of reduced metabolic rate and are most likely explained by an increase in parasympathetic activity and decrease in sympathetic (autonomic activity). The increase in oxygen availability to our tissues might explain the changes in blood flow, as the demands for tissue-driven blood flow would be reduced. These observations contrast those during spaceflight and spaceflight simulations, but it’s important to consider the differences in gravitational impact on blood flow and blood pressure between spaceflight and hyperbaric saturation environments. These results are therefore equally or more relevant to long-term exposure to saturation environments then they are to spaceflight. 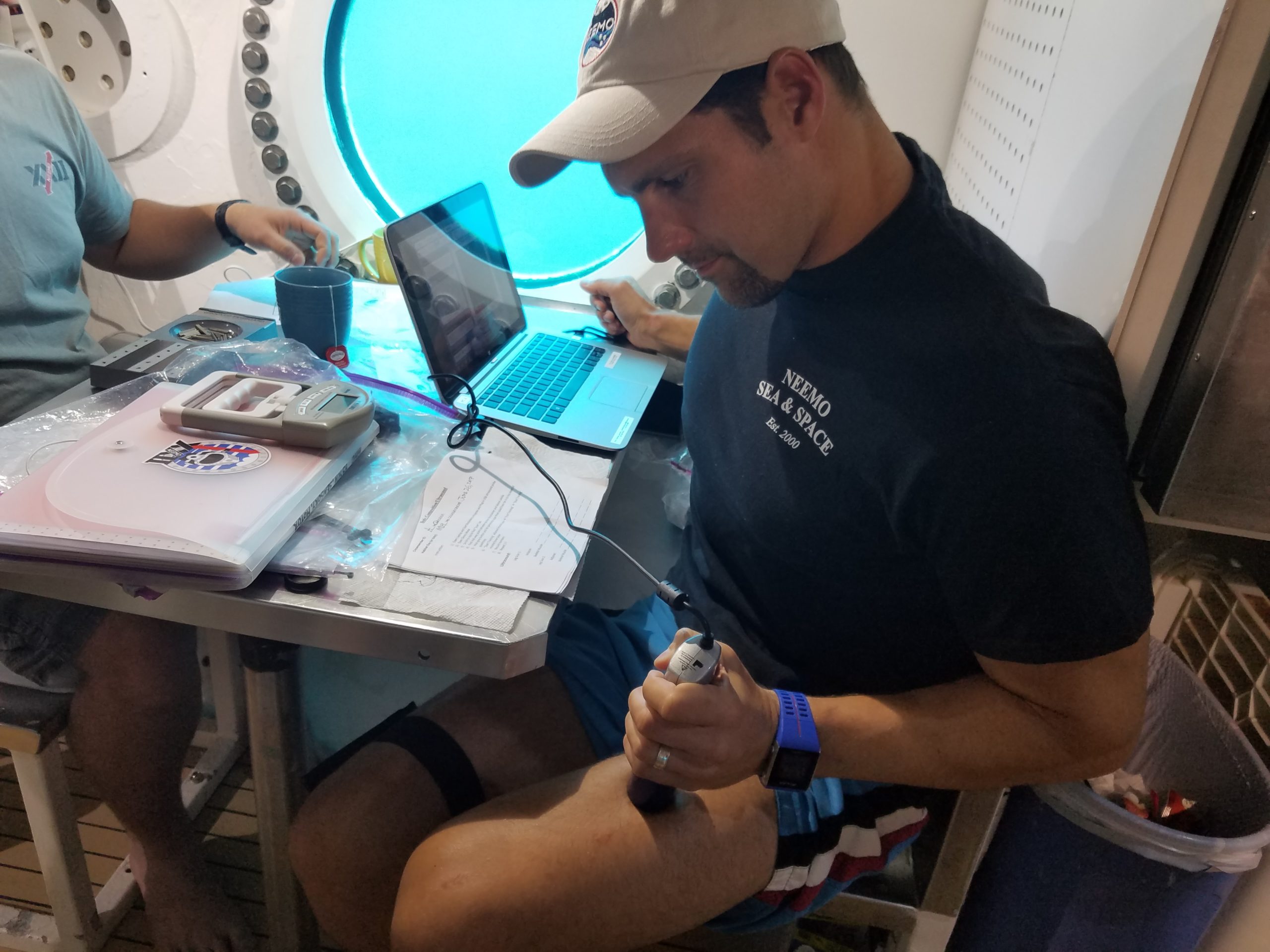 How did living under water affect sleep quantity and quality? 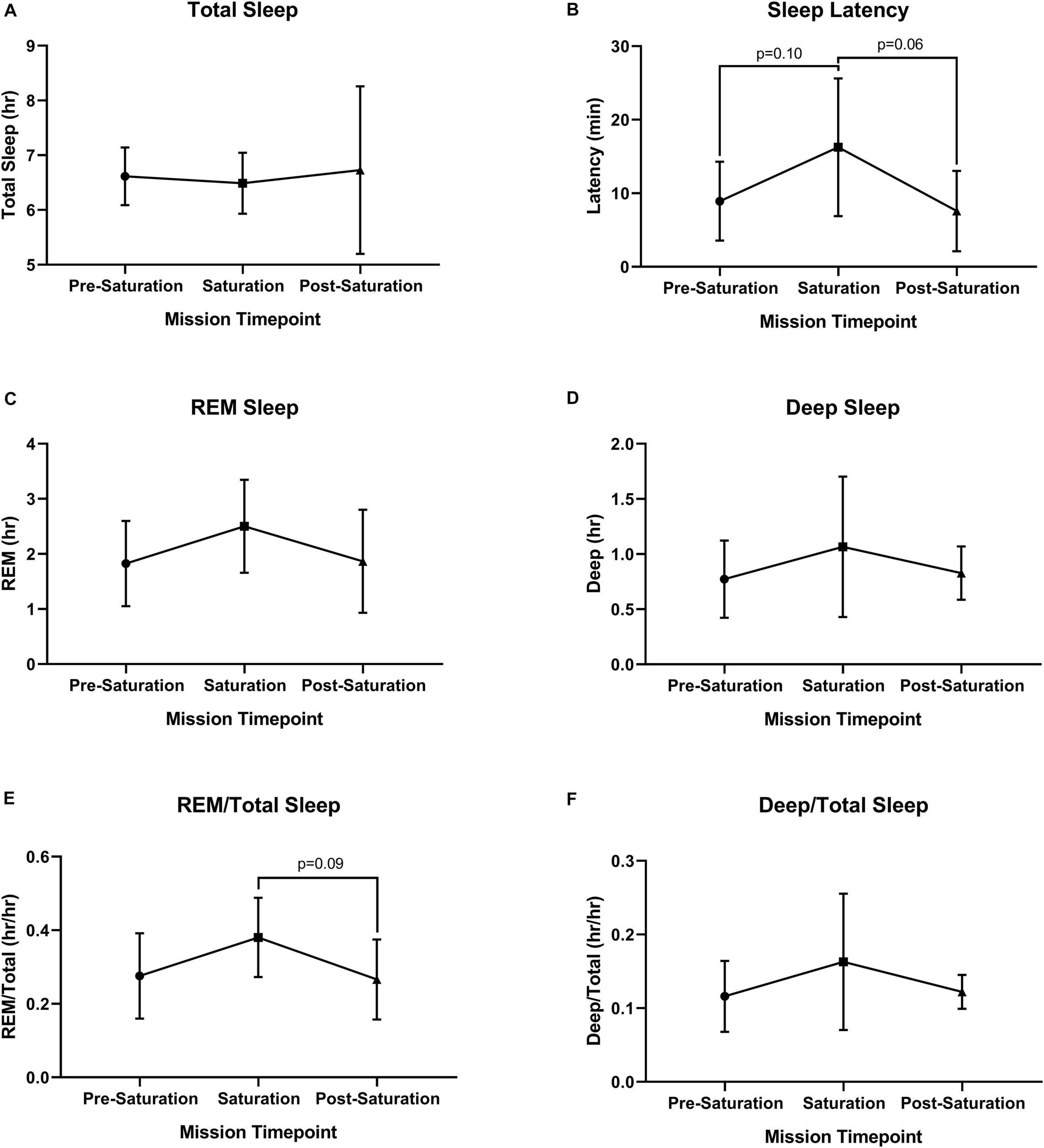 How did living under water affect body composition?

During NASA NEEMO, aquanauts were reported to experience weight loss, more specifically fat loss without changes in muscle tissue, while these results included only 6 male subjects. This was the first time fat tissue changes were measured, as opposed to just body weight, in response to saturation. Previous reports of up to 60 days of saturation have shown that body weight adaptations begin within 10-days, but eventually stabilize, and our results were similar across other reports in environmental extremes. It would be interesting to see how changes in body composition would progress past 10-days.

Altogether, the results showed that aquanauts living undersea for 9-10 days maintained positive moods and were satisfied with their work, experienced reduced heart rate and respiratory rates, increased parasympathetic and reduced sympathetic activity, improved sleep quality, lower cerebral blood flow, and weight loss. We are very excited to be part of this study, as these findings provide novel insight into the physical and mental changes that can occur in response to multi-day exposure to extreme environments.