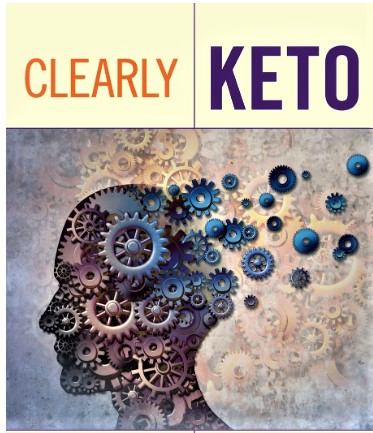 Did you know that modifiable lifestyle risk factors, like diet and exercise, appear to account for least 30% of dementia cases, of which Alzheimer’s is the most common? Billions of dollars and decades of Alzheimer’s research targeting the hallmark plaques and tangles in the brain have failed to produce a meaningful treatment for people with the disease.  Drug development has largely focused on finding a “silver bullet” therapy that will alter the activity of a single enzyme deep in a metabolic pathway. However, it is unlikely that such a targeted approach would halt or reverse the disease process unless broader underlying metabolic issues like insulin resistance and inadequate brain energy are also addressed.

On a typical high-carbohydrate diet, glucose is the predominant fuel used to produce energy in the brain, but areas of the brain affected by Alzheimer’s disease do not take up glucose normally and brain cells starve. Abnormal brain glucose uptake is one of the earliest features of Alzheimer’s, appearing at least one or two decades before dementia symptoms appear in later-onset disease but is already present in their twenties in young adults who have genetic mutations for early-onset disease (Reiman 2012). Abnormal brain glucose uptake has also been documented in people with mild cognitive impairment, other dementias and neurodegenerative diseases, certain psychiatric illnesses, autism, epilepsy, Down syndrome, GLUT1 deficiency syndrome, and other disorders.

Dr. Stephen Cunnane and associates at Sherbrooke University in Canada have used ketone and glucose PET imaging to study healthy adults of all ages as well as people with mild cognitive impairment and Alzheimer’s disease. They have identified a brain-energy gap—the difference between how much energy the needs and how much is available—in cognitively healthy older adults of 7-9%, which worsens to more than 10% in people with mild cognitive impairment and accelerates in Alzheimer’s disease with an energy gap of 20% in the earliest stages (Cunnane 2016). Cunnane and group have demonstrated that ketones are taken up normally as fuel in the areas of the brain affects by Alzheimer’s (Croteau 2018). In their BENEFIC trial, consuming MCT oil for six months contributed to increased brain energy from ketones and significantly improved scores in all five cognitive domains in people with mild cognitive impairment (Fortier 2021).

Clearly Keto for Healthy Brain Aging and Alzheimer’s Prevention reviews the roles of chronic excessive sugar intake, insulin resistance, diabetes, and the brain-energy gap in cognitive decline as we age. The book provides the evidence, the rationale, and a detailed plan for adopting a reasonable whole-food low-carb ketogenic Mediterranean-style diet to overcome insulin resistance and inflammation and provide ketones as an alternative fuel to the brain.  A whole-food diet covering a broad range of food groups can provide the natural forms of vitamins, minerals, fiber, and other nutrients utilized most efficiently in human metabolism. This contrasts with a typical convenience-food diet consisting of overly processed foods with high-fructose corn syrup, refined grains, highly processed oils, depleted of fiber, and fortified with a few synthetic vitamins and minerals.

Adopting a healthy diet is at the top of the list of modifiable lifestyle risk factors for dementia. A diet that promotes mild to moderate nutritional ketosis, as well as other ketogenic strategies like fasting, exercise, ketogenic oils, and exogenous ketone supplements could help overcome insulin resistance, fill in the brain-energy gap, and reduce brain inflammation. The book reviews which foods supply natural forms of vitamins, minerals, and other important nutrients and recommends a few supplements, such as choline, DHA, specific B and fat-soluble vitamins, and fiber, that could come up short in meeting daily recommended intakes even with a healthy whole-food keto diet.

Finally, for doctors, researchers, and citizen scientists, the last chapter of Clearly Keto delves deeply into what goes wrong in the Alzheimer’s brain, both anatomically and functionally. The importance of insulin in maintaining homeostasis in the aging brain has become more obvious and insulin resistance has emerged as a common thread in the evolution of the pathologies associated with aging, Alzheimer’s, and other brain diseases. Adopting ketogenic strategies could help address the broad underling metabolic issues that affect healthy brain aging, could improve symptoms in some people with Alzheimer’s, and could delay the onset or possibly prevent the disease altogether. Clearly Keto provides a blueprint for making lifestyle changes that could help us enjoy healthy brain aging.

Clearly Keto for Healthy Brain Aging and Alzheimer’s Prevention is available from Turner Publishing, Amazon, Barnes and Noble, Indie Books, and many other bookstores and websites.