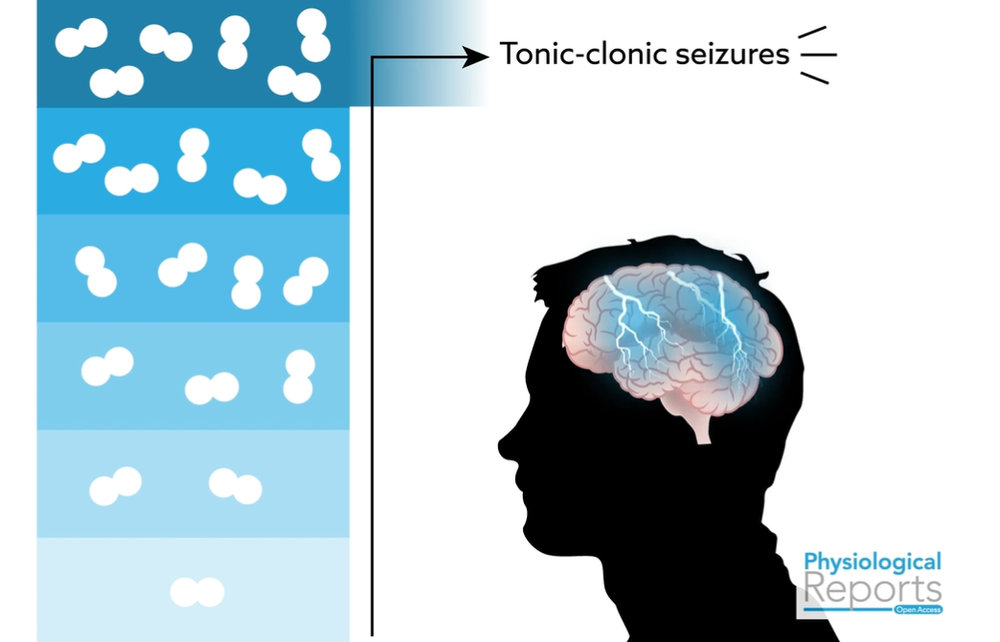 A new study from our team has been recently published that we wanted to share with you!

This new research is the continuation of our team`s previous study that was published in 2013 when it was demonstrated in animal models that ketone ester (KE) supplementation delays the latency of seizures that are induced by hyperbaric oxygen.

In the new study older laboratory animals were used that best mimic human middle age and new ketogenic compounds and their combinations were tested. In contrast to the first study, the effect of delaying latency to seizures in older animals was less intense (574% increase in 3-months old rats and 179% increase in 18-months old rats), implying that ketone metabolism and associated signaling may change with age. The difference between the two age groups may be due to age-dependent alterations in tolerance, changes in brain ketone metabolism, or changes in the neuropharmacological targets with aging.

However, in the new study the best results were seen when KE was combined with medium chain triglycerides (KE+MCT; 219% increase). In the older age group the latency was less pronounced than in younger rats, although still comparable to high-dose, anti-seizure drugs.

Interestingly, not only were the supplements shown to increase the latency by over 200 per cent, but also reduced the severity of the convulsions. It is especially exciting that these results were seen without dietary restriction, the animals were fed a standard carbohydrate-based diet mimicking a high-carb Western diet.

These experiments demonstrated that ketones can protect the brain from the oxidative stress and metabolic dysregulation caused by the high oxygen environment.

Watch this short video for better understanding the study!

What is wrong with oxygen?

Central Nervous System (CNS) oxygen toxicity is a condition that is caused when inhaling oxygen beyond a certain partial pressure. In other words, when scuba divers breath oxygen at certain depth they can experience convulsions, similar to an epileptic seizure, depending on the percentage of oxygen in the tanks from which they are breathing. The consequences of having convulsions underwater are far more serious and usually results in drowning.

But don’t stop reading if you are not a diver!

High partial pressure oxygen is also used during Hyperbaric Oxygen Therapy (HBOT) treatment for a variety of illnesses and injuries, including diabetic wounds and burn victims.

What is Hyperbaric Oxygen Therapy (HBOT)?

How does it work?

Breathing pressurized oxygen saturates the blood with oxygen (increases dissolved oxygen in blood) which can be carried to tissues throughout the body. This oxygen transport in independent of hemoglobin and thus can be delivered into areas where red blood cells cannot fit.  Simply put, HBOT is a way to deliver high oxygen to various tissues, especially those tissues that have become hypoxic due to injury or even tumor growth.

For one, we require oxygen to survive at a cellular level. Oxygen is a key player in the electron transport chain (aka the pathway generating the bulk of our cellular energy in the form of ATP). As a therapy, injured tissues require higher levels of oxygen than normal to survive and produce new tissue. Oxygen stimulates the release of growth factors to promote wound healing as well as offering protection against infection, bacteria.

There are at least 14 FDA approved applications for HBOT which include diabetic wound healing, decompression sickness (aka “the Bends”), carbon monoxide poisoning, and radiation necrosis. This is a short list of applications, but a wide range of off-label uses have begun gaining more attention. Off-label application of HBOT include traumatic brain injury (TBI), anemia, fibromyalgia, chronic fatigue, and as an adjuvant to cancer therapy.

A central nervous system oxygen toxicity seizure is also a very serious risk for recreational and technical divers such as Navy SEAL divers using closed-circuit rebreathers. The increased availability to mixed-gas technical or rebreather diving means more and more people are getting potentially exposed to the dangers of oxygen toxicity seizures. In fact, diving below 50ft of sea water for just 10 minutes puts an individual at high risk of developing a CNS-OT seizure. The problem is that the onset of convulsions is almost impossible to predict for an individual diver. Increased levels of oxygen can stimulate metabolic dysregulation, which can contribute to the accumulation of oxidative stress, which in turn contributes to the risk of CNS-OT seizures. 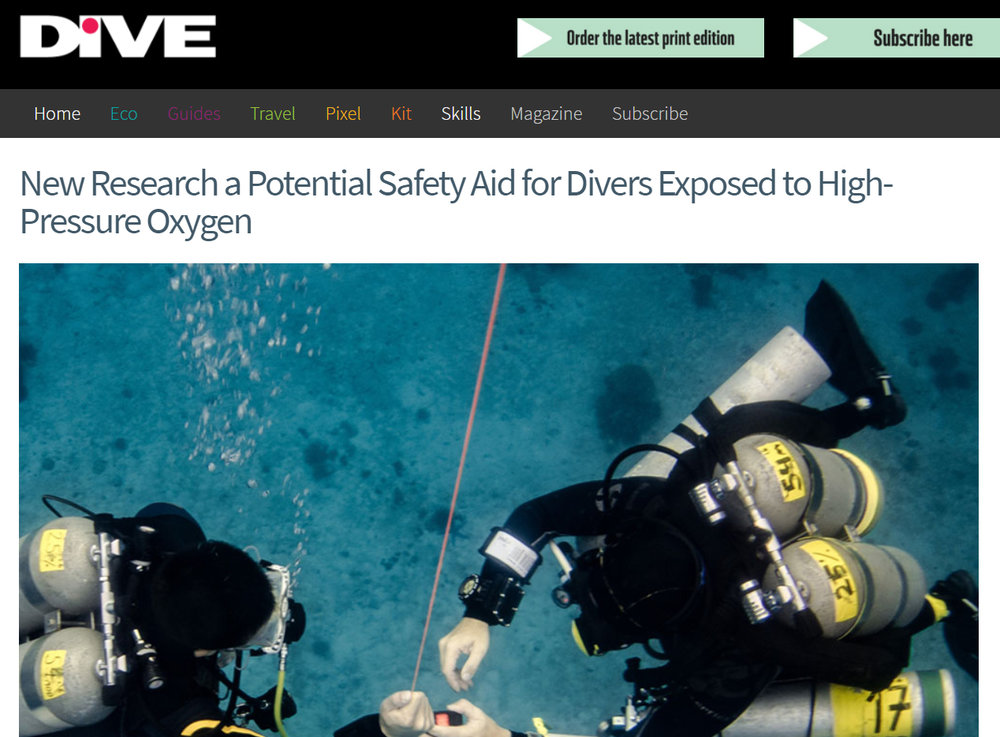 Read about our study in the world`s largest DIVE Magazine!

How do ketones protect the brain?

In very early studies of prolonged starvation, it was demonstrated that about 2/3 of the brain’s energy can be derived from ketone bodies beta-hydroxybutyrate (BHB) and acetoacetate (AcAc). Even with the administration of insulin pushing blood glucose to levels that would normally induce a seizure or coma in the absence of ketones, participants remained asymptomatic for hypoglycemia. This was the first indication that the brain could use ketones as an alternative fuel source to glucose.

Prolonged fasting (24-36hrs) was later shown to delay the latency to seizure from CNS-OT, suggesting a clear difference in the energy metabolism and neuroprotective state of the brain running on ketones and inspired our studies to investigate this further.

The exact neuroprotective function of ketones against high pressures of oxygen is not completely understood, but it could potentially enhance the therapeutic efficacy of HBOT (allowing safer use of higher pressures) and offer operational and recreational divers anti-seizure protection under extreme environments of undersea exploration.

More discussion about this and other implications can be found in the publications, but here are some of the potential neuroprotective mechanisms by which ketones might work through:

–        Reduced inflammation: Ketones have been shown to be anti-inflammatory by inhibiting the assembly and activation of the NLRP3 inflammasome, responsible for activating systemic and neuro-inflammatory responses.

–        Lowering ROS production: Ketones have been shown to reduce the generation of oxygen-stimulated reactive oxygen species (ROS), which can contribute to metabolic and oxidative stress.

If you are interested in the science and applications of HBOT please consider attending the Underwater Hyperbaric Medical Society meeting (UHMS 2019) and the Hyperbaric Oxygen Therapy Conference (HBOT 2019).   UHMS focuses more on diving whereas HBOT 2019 is more focused on approved and emerging applications of HBOT, including traumatic brain injury and concussion.

Hope to see you there!