The Importance of Metabolic Health for Women’s Health

The female body is designed to function a certain way, and it is abundantly clear that without our metabolic health, it struggles to do so. Women’s health

Let’s start from the ground up.

During the past couple of decades, childhood obesity has become a major health concern with increasing rates observed globally, not just in the US. Relatedly, insulin resistance has become more common in younger individuals, increasing their risk for developing later health issues, including type-2 diabetes. As girls transition through puberty, they naturally become a little insulin resistant. This is accepted as a physiological phenomenon, and not pathological. However, layering on pathological insulin resistance induced by obesogenic lifestyles may put more pressure on our pancreas. Interventions at this stage in life could be very important to prevent the potential future development of type-2 diabetes and preserve pancreatic function.

While there is plenty more to learn about how metabolic health influences girls going through puberty, girls who are overweight through childhood and puberty are at an increased risk for hyperandrogenemia (e.g., elevated testosterone). Girls may not experience any real symptoms of hyperandrogenemia during puberty, however, symptoms of polycystic ovarian syndrome (PCOS), a disorder characterized by hyperandrogenemia and insulin resistance, may develop during adolescence. Peripubertal obesity may increase one’s risk for adult PCOS, and there are increasing rates of PCOS in younger girls that coincide with the increased rates of adolescent obesity. The interplay between obesity, hyperinsulinemia, hyperandrogenemia, and risk of PCOS in younger females warrants future research.

Moving past puberty, metabolic health has a very strong influence during a woman’s adult years.

Metabolic health through the reproductive years

Women can run into trouble if they lose their metabolic health throughout adulthood, which we are seeing right now with increasing rates of metabolic syndrome coinciding with hormonal, menstrual, and fertility health concerns.

Menstrual disorders, including irregular, absent, infrequent, frequent, heavy, light, or painful menstrual cycles are also known to have a metabolic underpinning, related, once again, to insulin resistance and metabolic syndrome. One study found that the defining features of metabolic syndrome, including high waist circumference, high triglycerides, and low HDL levels were significantly associated with menstrual irregularities in women between the ages of 20-40 years old.

One of the most common hormonal disorders among women of reproductive age is PCOS, which as mentioned is a disorder tightly linked to insulin resistance and is thus, severely impacted by the state of one’s metabolic health.

Indeed, women with PCOS display many features of metabolic syndrome besides obesity and insulin resistance, including dyslipidemia and increased inflammation. The outward symptoms of PCOS can vary from female to female, but include menstrual abnormalities, infertility, hirsutism (male distribution of hair growth), acne, among others. Women with PCOS have been shown to have significantly lower insulin-mediated glucose uptake than women without PCOS – an obvious marker of insulin resistance. These results are very interesting as they were independent of body weight, suggesting that even if you are at a healthy body weight and display normal glucose tolerance, women with PCOS still display reduced insulin sensitivity as shown by reduced insulin-mediated glucose uptake by the muscle. Metabolic syndrome is thought to drive PCOS largely by the actions of insulin on the ovaries driving androgen production, causing abnormal response to and levels of female sex hormones, decreasing sex hormone binding globulin (SHBG) production in the liver, thereby raising free testosterone levels, and likely other mechanisms. These high levels of androgens are what primarily lead to many of the symptoms of PCOS. Though, overweight and obesity contribute to PCOS as well since fat cells are where androgens are converted to estrogen which can lead to excess estrogen/”estrogen dominance” which itself can contribute to acne, irregular periods, and the multitude of symptoms associated with PCOS. Ultimately, the effects of excess body fat, hyperinsulinemia and insulin resistance can lead to hyperandrogenemia, disrupted follicle maturation, and anovulation (infertility).

It is well known that obesity increases your risk for infertility. Worldwide, it is estimated that infertility affects ~50-80 million women, and while there are many factors that influence fertility, lifestyle factors are receiving more and more attention as more research uncovers the links between metabolic health and reproductive function. 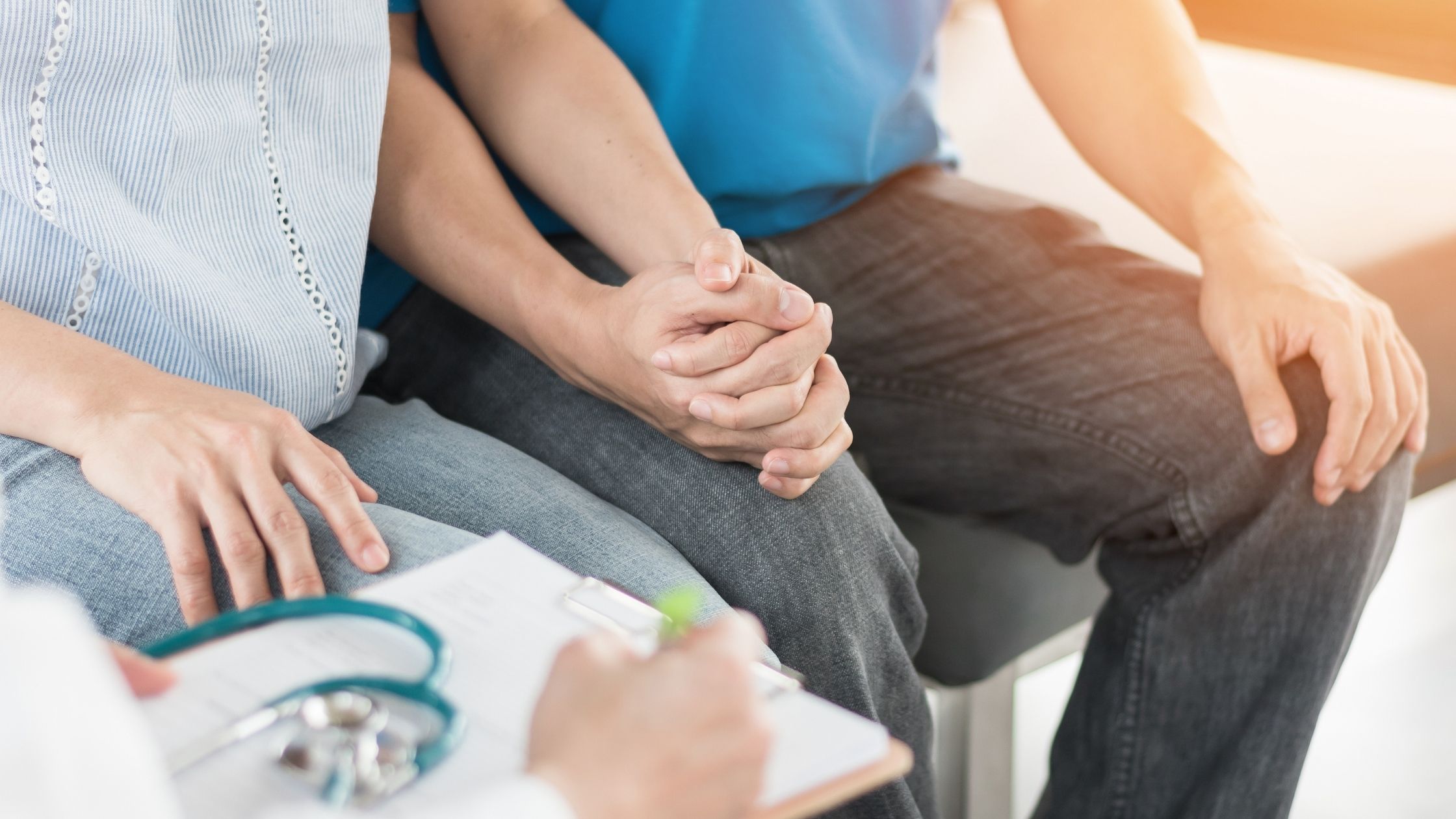 PCOS is the most common contributor to infertility rates, but the features of metabolic syndrome are also related to infertility, independent of PCOS. Being overweight can interfere with reproduction function and it is known that obese women experience menstraul irregularities and infertility by impairing the crosstalk between out brain and ovaries (hypothalamic-pituitary-ovarian (HPO) axis). Problems persist even through assisted conception such as in vitro fertilization (IVF) where egg quality and the woman’s ability to implant and receive the eggs are negatively affected by overweight and obesity. There are several metabolic and hormonal aspects of obesity that interfere with reproductive function, and whether you conceive naturally or assisted, being at a healthy body weight and being metabolic healthy is important for reproductive function and fertility success. Weight loss prior to conception is often recommended and can improve pregnancy outcomes. However, targeting young women and preventing weight gain throughout reproductive years will likely have much greater implications from a public health perspective.

But it doesn’t stop at fertility…

Taking care of our metabolic health during pregnancy is also receiving more attention as more research connects the health of mom to the life-long health of the baby. Hear that? You can improve the health of your child by taking care of your health while pregnant! While it’s of course normal and healthy to gain some weight during pregnancy, maternal obesity increases the risk of pregnancy complications and gestational diabetes. Pre-pregnancy obesity is also associated with risk of gestational diabetes, and blood sugar control pre- and during pregnancy is very important because gestational diabetes can increase the risk of childhood obesity. Healthy lifestyle behaviors such as physical activity and reduced consumption of sugar and refined carbohydrates can help with blood sugar control, reduce your risk of gestational diabetes, and can have positive effects on your offspring’s metabolic health. High blood sugar levels during pregnancy can increase the baby’s risk of insulin resistance. Insulin does not cross the placenta, therefore when mom’s blood sugar is high, the baby is receiving high amounts of glucose, but has to produce its own insulin. This can lead to fetal hyperinsulinemia, and you can see how this can increase your offspring’s risk of future metabolic health complications. In addition, there are many conditions that can occur during pregnancy that can increase a woman’s risk of cardiovascular disease in the long-term. Beside gestational diabetes, these include gestational hypertension, preterm birth, and others. Maintaining a healthy body weight, blood pressure, sugar, and insulin levels during this time are extremely important and support a healthy pregnancy and health of mom and baby, both in the short and long-term. 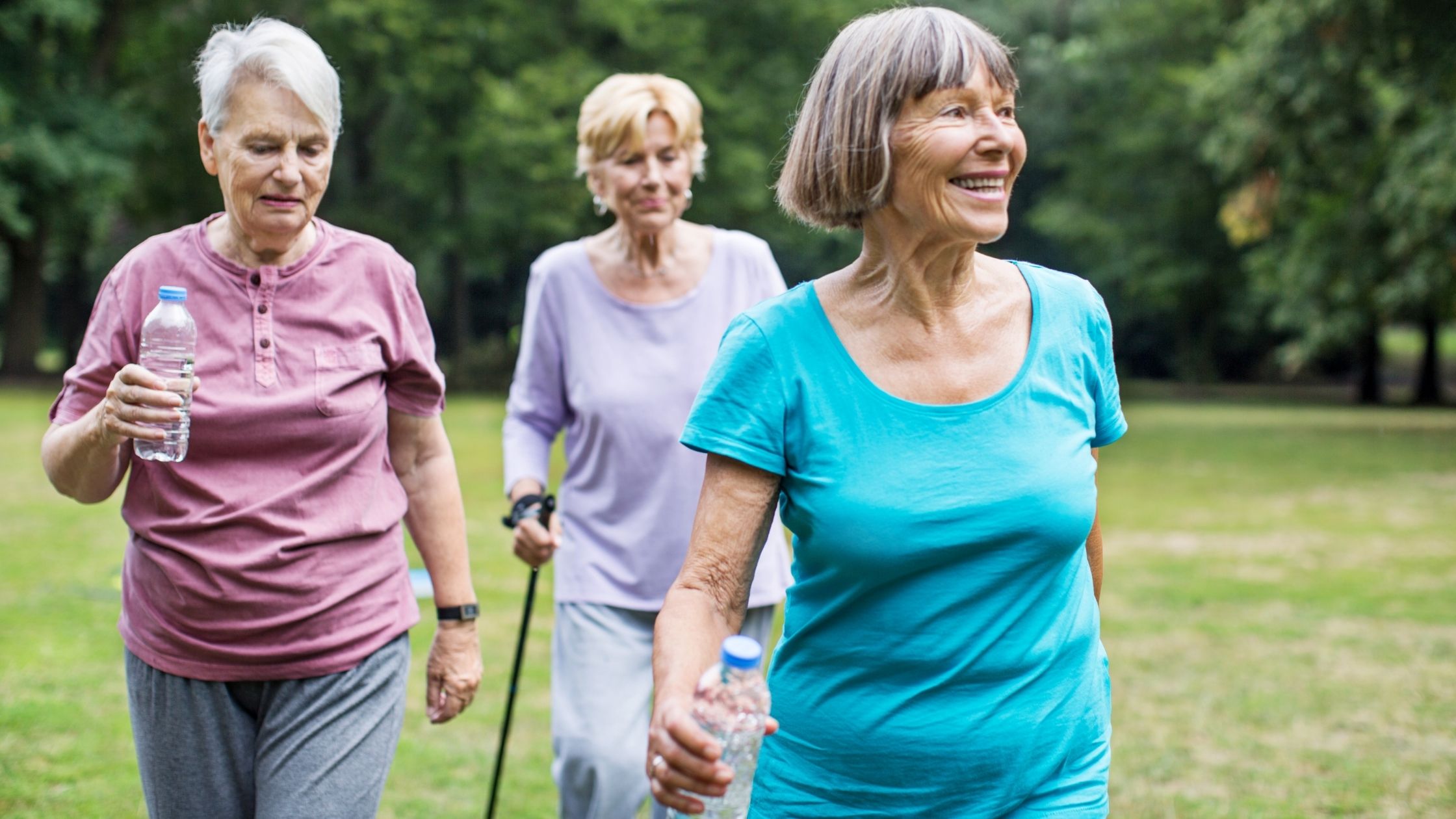 Overall, optimizing metabolic health can improve women’s health at any stage in life. With small exceptions, the interventions for improving your metabolic health are the same no matter what age you are at. It’s clear that an active lifestyle is important for maintaining and/or improving insulin sensitivity, so finding a form of exercise is really important for supporting your metabolic health. Nutrition is equally important, and it’s clear that high intakes of sugar, refined carbohydrates, and processed foods increase your risk for insulin resistance and metabolic syndrome and are something that should be avoided or completely eliminated from your diet. If you want to learn about the ketogenic diet for women, we addressed this in a previous blog post or listen to Dr. Dom discuss the ketogenic diet and female health with Dr. Stephanie Estima, here. Other interventions that hold promise are different forms of intermittent fasting such as time-restricted feeding, where you eat within a consistent condensed eating window (e.g., 6-12-hours) when the sun is out, and fast the remaining hours of the day. Being overweight and inactive work against your metabolic health, so finding ways to eat in a way that promotes a healthy body composition and staying active will make the most difference.

It’s important to know that your metabolic health is strongly influenced by your habits and lifestyles, and is therefore something you have control over. No matter where you are in your lifespan, it is never too late to make changes to your behaviors to improve your health.