Ketones and the Mitochondria 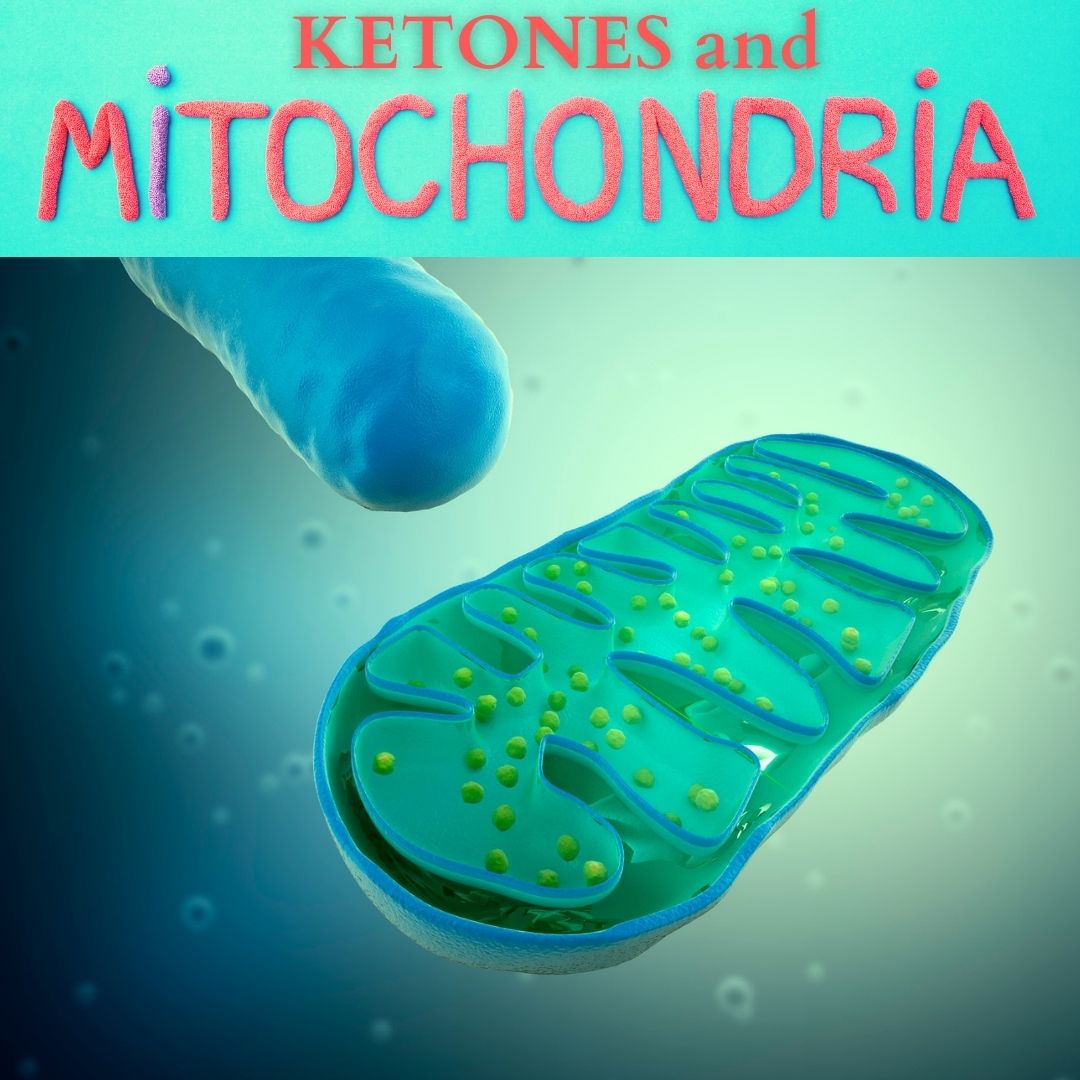 Ketogenic diets and ketone supplements have become an emerging area of research for the prevention, treatment, and management of several diseasese and disorders. Ketones are produced by the liver under conditions of low glucose and insulin, such as ketogenic diets and fasting, or can be taken as a supplement to induce a state of ketosis independent of diet. Once in the blood, ketones travel to our tissues where they can be used as a source of fuel for our mitochondria as an alternative to glucose.

Mitochondria are little structures inside our cells where various fuels, including ketones, are turned into the energy we need to live, in the form of ATP, our cell’s energy currency. Beyond their metabolic roles, ketones also serve as signaling molecules; altering the expression of genes and interacting with various processes in the body including our immunity, cognition, and oxidative stress pathways, for example. Interestingly, most pathologies that ketogenic therapies benefit have metabolic abnormalities central to the mitochondria. In addition, mitochondrial function is absolutely essential for human health. This begs the question of whether ketones may help improve mitochondrial function. 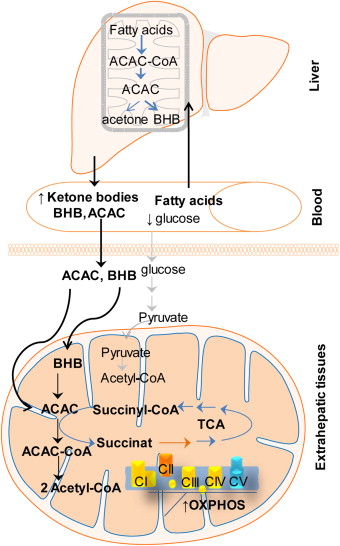 So what do we know about ketones and mitochondria?

Ketosis is defined as a shift in energy metabolism towards ketone and fatty acid utilization. Early experiments found that when the working rat heart was fed ketones (beta-hydroxybutyrate; BHB), ATP production increased beyond what was produced with glucose. While BHB is our primary ketone body produced during ketogenesis, we also produce acetoacetate (AcAc) and acetone in smaller amounts. However, BHB must first be converted to AcAc before entering mitochondrial metabolism. It was discovered that this conversion altered certain components of the electron transport chain (ETC) in the mitochondria, and this was responsible for the greater generation of ATP.

This shift from glucose to ketone metabolism, and therefore higher demand on our mitochondria has been proposed to elicit changed in mitochondrial function through a process called mitohormesis. 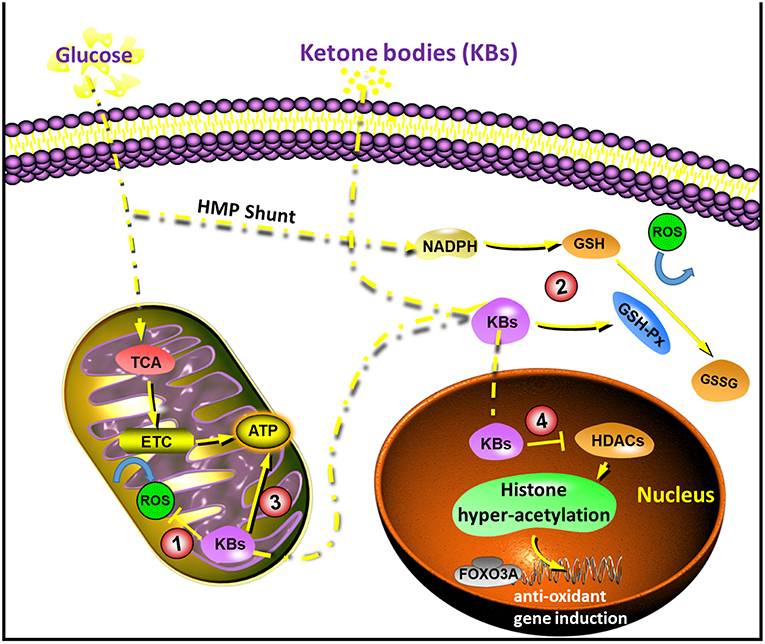 When fuels are burned in the mitochondria, reactive oxygen species, or ROS, are formed. Generally speaking, ROS are viewed as bad guys, because they contribute to oxidative stress and cell damage when they accumulate past our cell’s antioxidant capacity. However, a small increase in ROS is actually beneficial and can trigger adaptations that make us better capable at cleaning up ROS before they cause damage. The initial onset of ketosis in rats has been shown to trigger an acute rise in ROS that our cell’s respond to by strengthening and adapting our antioxidant system in preparation for future stress. One such way is by increasing the synthesis of glutathione, a major player in our cell’s antioxidant system that sweeps up and disarms ROS. Interestingly, in a model of glutamate excitoxicity, a condition known to elevate mitochondrial ROS and wreak havoc on neurons, ketones were protective against glutamate excitotoxicity by improving mitochondrial metabolism and thereby lowering ROS production. 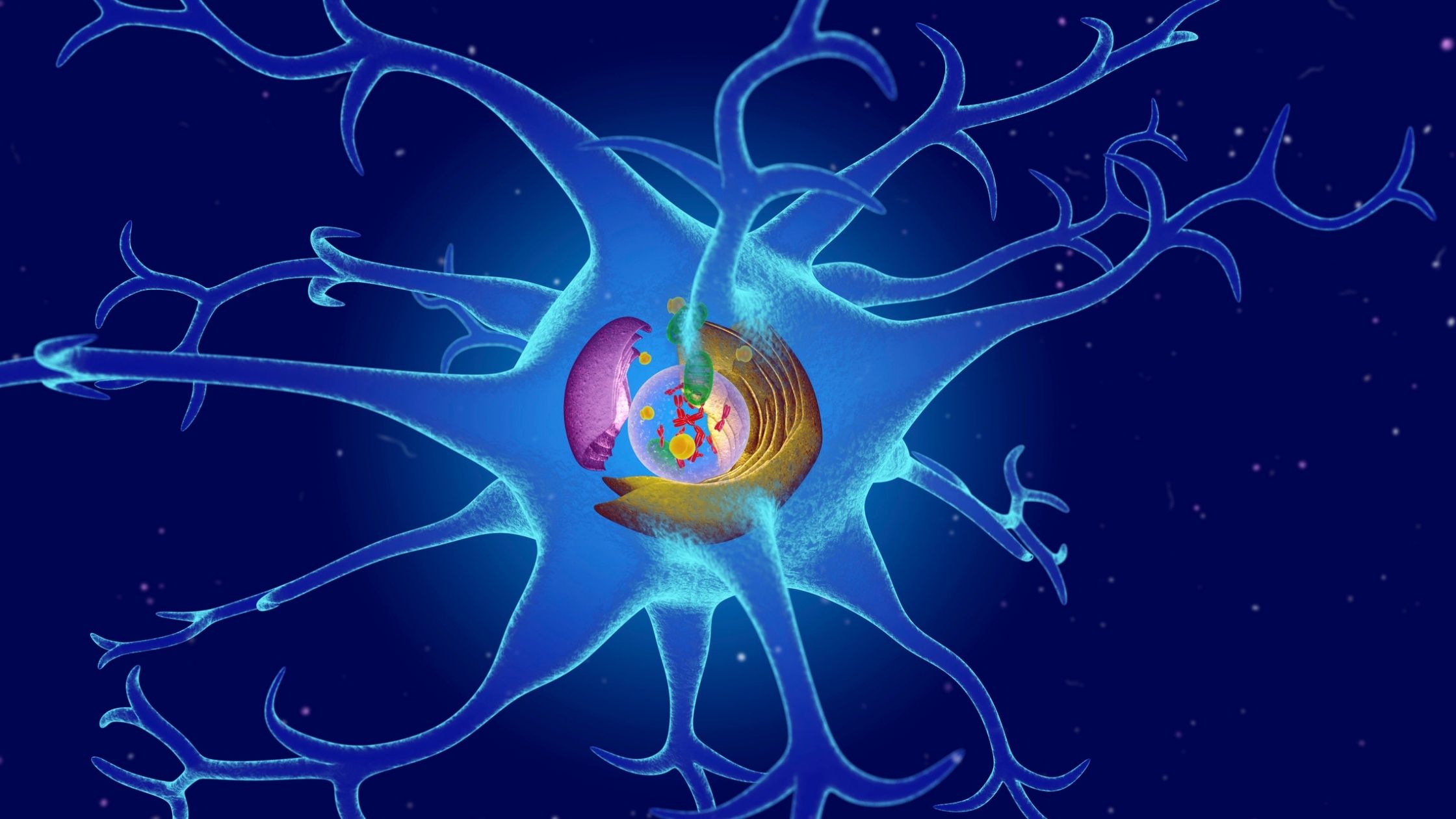 Ketones may improve mitochondrial function when paired with exercise

Altogether, the shift in metabolism associated with being in a state of ketosis increased the demand on our mitochondria. Preliminary research suggests that this increased reliance on mitochondrial energy metabolism may trigger adaptations that improve mitochondrial function. In addition, simply by virtue of how ketones are metabolized by our cells, ketones may be protective against oxidative stress, another hallmark of aging and chronic disease. Given the strong link between several diseases and mitochondrial dysfunction, this is likely one mechanism for which ketones elicit their therapeutic effects.