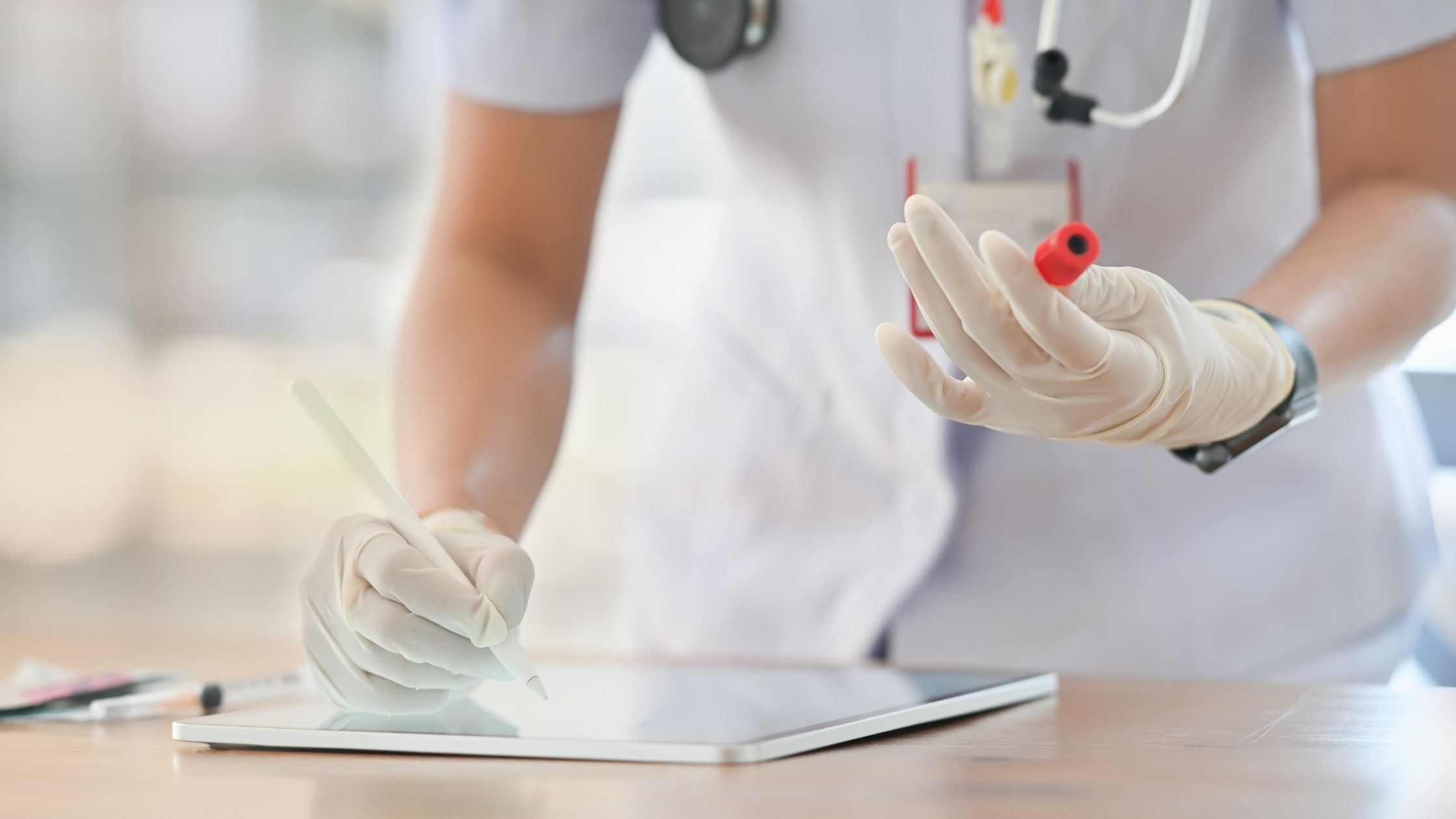 Across the globe, there is an alarming rate of insulin resistance (i.e., prediabetes) which is absolutely essential to address given that up to 70% of prediabetics will go on to develop type-2 diabetes. Insulin resistance and type-2 diabetes are also strongly linked to the manifestation of chronic metabolic diseases, such as metabolic syndrome, hypertension, non-alcoholic fatty liver disease, cardiovascular disease, Alzheimer’s disease, and more. Ultimately, improving insulin sensitivity and improving blood sugar control in both healthy and diabetic individuals are likely to pay big dividends in regard to long-term health by lowering average blood sugar and insulin levels, two biomarkers of metabolic health.

Before going any further, let’s cover some background information. Insulin is the hormone that our pancreas releases in response to rising blood sugar levels, in order to shuttle blood sugar out of the blood and into our tissues thereby lowering blood sugar. Insulin resistance essentially describes a state where the body has become “desensitized” to a given amount of insulin, requiring more than normal to keep blood sugar levels in a healthy range. As an aside, that’s why testing blood sugar alone might not be effective in catching the early signs of diabetes, because behind the curtain is elevated insulin keeping those blood sugar levels looking normal. It is unfortunate that fasting insulin is not included in routine blood work, since hyperinsulinemia is an early predictor of metabolic dysfunction even before hyperglycemia progresses to type 2 diabetes..

In the last 2 decades the use of carbohydrate restriction and ketogenic diets for type-2 diabetes and metabolic syndrome associated with insulin resistance have grown in interest. Ketogenic diets in particular have been shown to even reverse type-2 diabetes where patients can actually start reintroducing small amounts of carbohydrates, implying that there was some restoration of insulin sensitivity. There is experimental evidence to suggest that ketone bodies themselves are helping to improve insulin sensitivity and blood sugar control through various mechanisms. 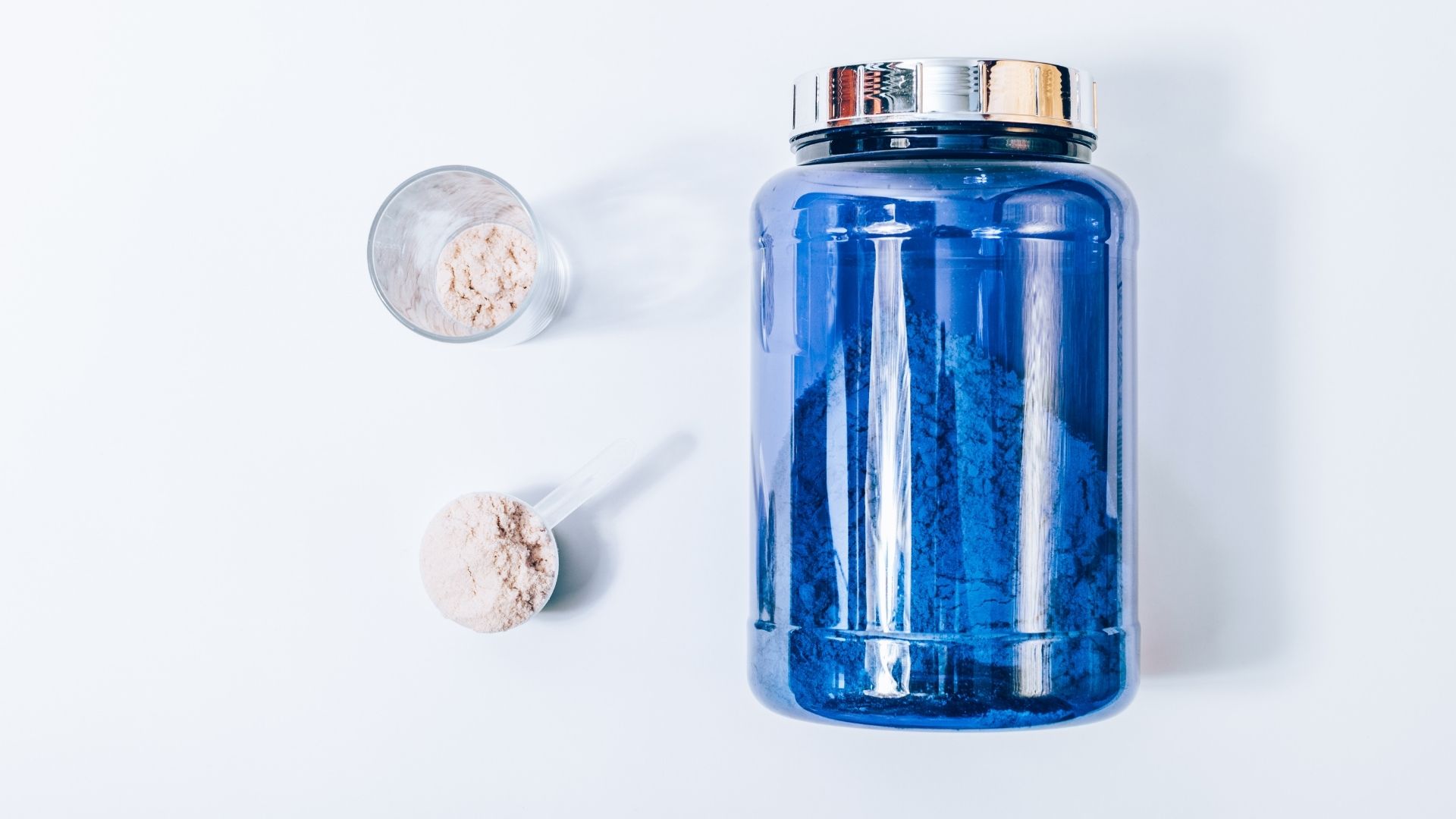 Acutely, exogenous ketones will cause a sharp drop in blood glucose and it’s not entirely understood what’s causing this. It’s well known that insulin regulates ketogenesis (the production of ketones) to prevent them from rising to pathological levels (i.e., in response to high ketone levels, the pancreas will secrete a small amount of insulin to slow ketogenesis). So, initially it was thought that exogenous ketones were triggering an insulin-induced hypoglycemia. However, it appears that insulin really isn’t changing much (at least in the context of ketone salt administration) despite the glucose lowering effect, suggesting an alternative mechanism.

The more plausible explanation that emerging research is showing is that the glucose lowering effect may be due to a combination of enhancing insulin sensitivity and decreasing glucose output from the liver by suppressing gluconeogenesis (synthesis of glucose from non-glucose precursors, such as amino acids) and glycogenolysis (release of glucose from liver glycogen). We understand this is complicated and there’s lots to unpack here, so let us explain in simple terms. Briefly, insulin to a large extent controls the liver’s storage and release of glucose. Under normal conditions, when carbohydrates are available, insulin promotes glycogen storage and suppresses glucose output from the liver (glycogenolysis and gluconeogenesis). Between meals and while fasting when glucose and insulin levels fall (and its counterregulatory hormone, glucagon, rises), the liver releases glucose back into the bloodstream in order to keep blood sugar within a healthy range and prevent hypoglycemia. Insulin resistance compromises this regulatory system where insulin fails to suppress the release of glucose from the liver resulting in higher than normal blood sugar levels, which theoretically would create a vicious cycle where the pancreas is releasing insulin to keep up with the rising blood sugar levels, ultimately increasing insulin levels as well.

OK, back to ketones.

Exogenous ketones can lower blood glucose, perhaps by suppressing liver glucose output and increasing glucose uptake/insulin sensitivity in other tissues. There is research showing that exogenous ketones reduce blood levels of alanine, which is a major gluconeogenic substrate (can be turned into glucose), which could be evidence that ketones are reducing gluconeogenesis. 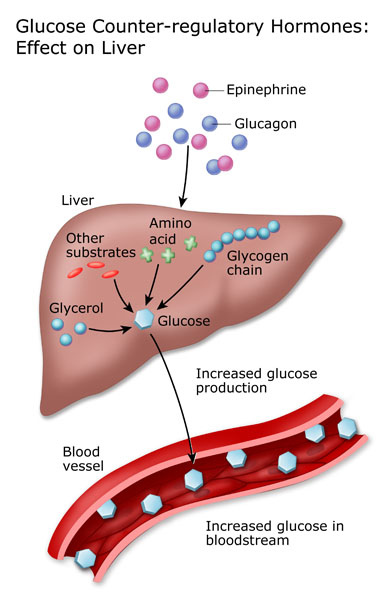 From an evolutionary perspective, exposure to ketones often meant that food availability was low and the body was in the fasted state, and in this scenario breaking down muscle for gluconeogenic amino acids or burning through stored glucose in the liver wouldn’t be advantageous for survival. So, it’s possible that the consumption of exogenous ketones is sending the signal to the liver (and brain) to conserve glucose. In addition, exogenous ketones deliver energy to the body, and when the liver senses that energy is available, it should respond by reducing the amount of energy it is dumping into the blood itself. These mechanisms are really not well-understood, but there are ketone receptors in the liver (eg. GPR109A), so it is possible that this is taking place.

Another way that insulin sensitivity may be improving in the presence of exogenous ketones that has been suggested is a reduction in plasma free fatty acids (FFAs), which are known to contribute to insulin resistance in the muscle. In healthy nondiabetics, the consumption of exogenous ketones prior to an oral glucose tolerance test (75g of glucose) significantly improved the glycemic response to the glucose load and also reduced plasma FFAs. Exogenous ketones have also shown to blunt the postprandial spike in glucose to a mixed macronutrient meal without interfering with insulin secretion. A last possible mechanism could be that ketones suppress inflammation and since inflammation (eg. TNF-α, IL-1β, IL-6,) promotes insulin resistance, ketones may actually augment insulin-induced glucose uptake in muscle.

While the animal data is strong, we need more human trials to verify these results and identify the most effective type, dose, and timing of exogenous ketone supplements. But, it is exciting nonetheless to see the therapeutic potential of exogenous ketones for lowering blood sugar and improving insulin sensitivity, as it is evident that this is essential for better health and longevity.