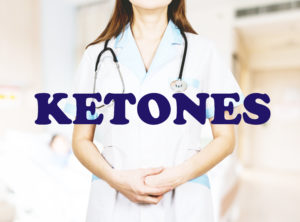 The emerging applications of ketosis are numerous, and we wanted to provide a list of potential benefits based on the latest research. The below list and references focus on mechanisms related to ketosis itself, with a primary focus on the ketone body, beta-hydroxybutyrate (BHB). This means that the applications here apply to ketosis induced by a ketogenic diet or exogenous ketone supplements, which would be independent of carbohydrate restriction.

Ketone bodies are energy metabolites used to generate cellular energy in the form of ATP, and represent a superior alternative fuel for our central nervous system (CNS). In fact, ketones can generate 27% more energy than glucose. When available, glucose serves as the brain’s primary fuel source, however, when ketones are elevated, they are taken into the brain and used as fuel in relation to their plasma concentration. This means that the higher your blood ketones, the more immediate energy for the brain. What’s more is that compared to glucose, ketones have been shown to generate more ATP in the heart, which is assumed to be the case in other tissues that have a high metabolic demand. 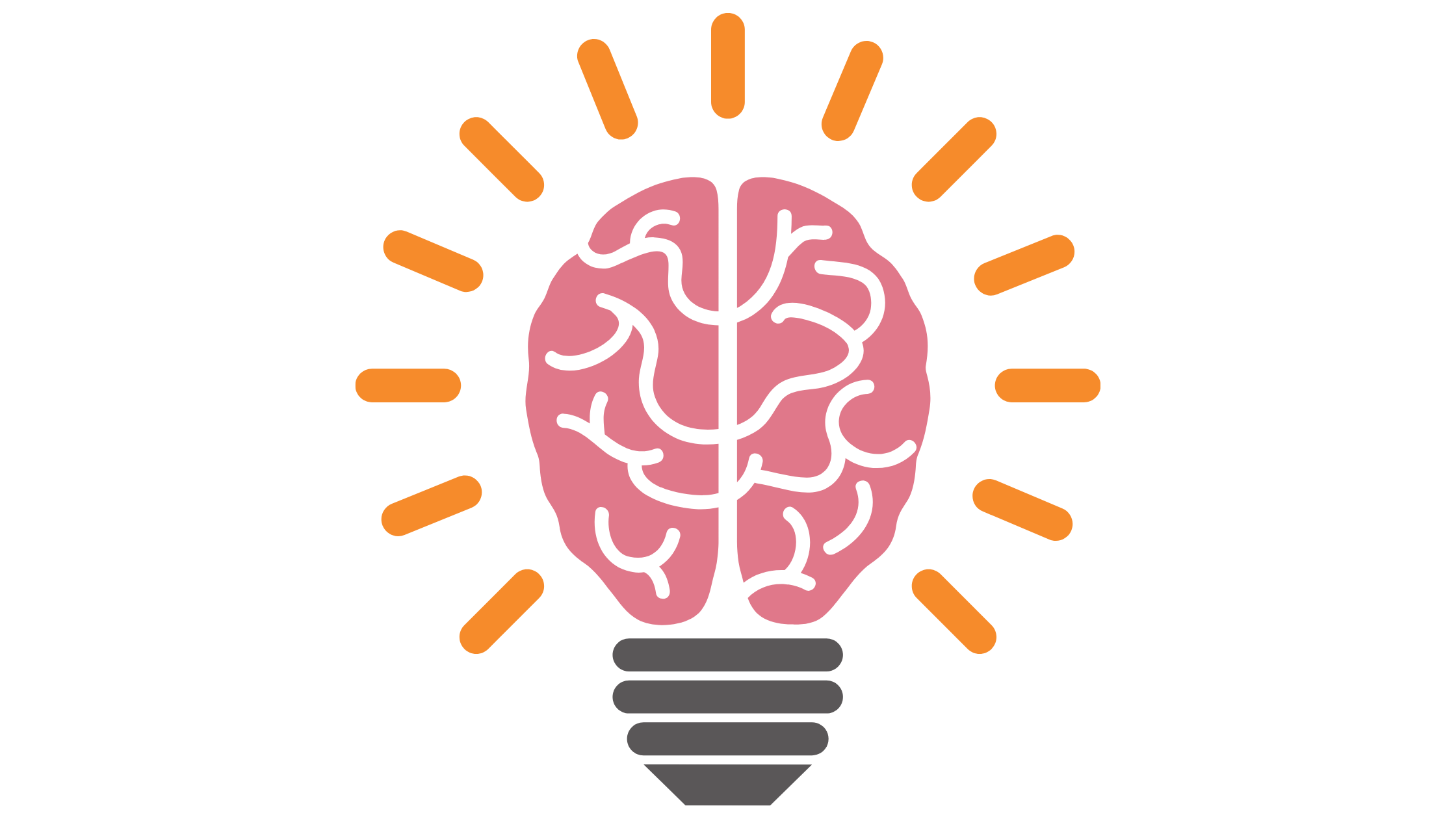 The brain is a very expensive organ, consuming over 20% of our daily energy needs. It also requires a constant flow of energy to function optimally to operate and is very sensitive to relatively small fluctuations in energy availability. As mentioned, ketones deliver immediate fuel to the brain. Disruptions to brain energy metabolism can result in reduced cognition, thus ketones may help to stabilize brain energy metabolism and improve cognition and concentration. Anecdotally, people report greater mental clarity after adopting a ketogenic diet or consuming ketone supplements. In addition, ketosis (induced by both diet and exogenous ketones, separately) has been shown to rapidly increase brain activity and improve brain stabilization in young, healthy adults. 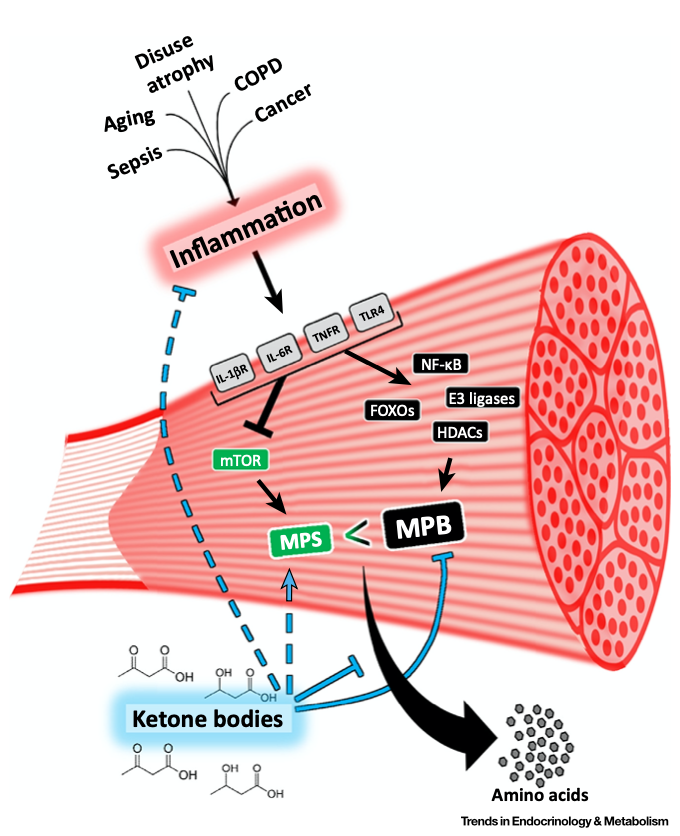 One emerging area of research is ketones’ potential to increase muscle strength. Ketones display anti-catabolic characteristics likely as a survival mechanism to prevent muscle wasting during times of food scarcity. This feature of ketosis may also serve to protect against muscle loss, which has been shown in a mouse model of cancer cachexia, but may also applies to age-related muscle loss (e.g., sarcopenia). It also appears that ketosis may prevent age-related decline in strength, which is vital to healthy aging, as muscle mass and strength improve quality of life and is a strong predictor of longevity. Lastly, IV infusion of BHB promotes muscle protein synthesis in humans.

Exercising in a state of ketosis has a glycogen sparing effect at sub-maximal intensities, which may attenuate the rise in blood lactate concentrations thereby reducing symptoms of fatigue. This glycogen-sparing effect of ketones may also promote better glycogen replenishment following exercise when taken alongside carbohydrates. Exogenous ketones have also been shown to enhance muscle protein synthesis when co-ingested with protein and carbohydrates. Furthermore, exogenous ketones consumed with carbohydrates have been shown to reduce the symptoms associated with overtraining which suggests ketones may heighten tolerability to chronic exercise through enhanced recovery. These outcomes may be due to ketones’ anti-inflammatory and antioxidant effects.

Ketones May Protect Against and Potentially Treat Age-Related Cognitive Decline

With age, insulin sensitivity can deteriorate along with changes in brain energy metabolism that reduce the brain’s efficiency to use glucose for fuel, gradually leading to cognitive decline and potentially dementia. Ketones can circumvent impaired glucose transport (eg. reduced PDH or GLUT4 translocation), which is a feature of many disease states, not only neurodegeneration. In published reports utilizing ketone supplements in patients with cognitive impairments or Alzheimer’s Disease, elevated ketones improve cognition and improve quality of life. As decrements in brain glucose metabolism can appear decades before the onset of clinical symptoms of dementia, it is possible that ketones can prevent age-related cognitive decline (e.g., Alzheimer’s Disease).

Chronic low-grade inflammation is characteristic of several chronic diseases and accelerated aging. Ketogenic diets have been shown to lower inflammation independent of weight loss when compared to an isocaloric low-fat diet, suggesting an effect inherent to ketosis. A major mediator of the inflammatory response is the NLRP3 inflammasome, which is responsible for producing inflammatory molecules and whose abnormal activity is associated with Alzheimer’s disease, atherosclerosis, metabolic syndrome, among other chronic diseases. The ketone body BHB has been shown to directly inhibit the NLRP3 inflammasome in immune cells thereby reducing the production of inflammation. Ketone metabolism also increases levels of adenosine, which holds anti-inflammatory properties, so it is possible that ketosis reduces inflammation through an increase in adenosine. Additional mechanisms may be responsible for ketones’ anti-inflammatory effects including a reduction in reactive oxygen species (ROS) which can promote oxidative stress and inflammation.

Ketones have several neuroprotective effects that overlap with many of the benefits mentioned on this page. As an energy metabolite, ketones provide a high-energy fuel source to the brain which alone is neuroprotective as 25-50% of brain energy utilization is delegated to basic housekeeping processes. Brain damage can ensue in response to low energy availability (e.g., brain glucose hypometabolism), but as mentioned, ketones can bypass impairments in brain glucose metabolism. Ketones may also lower neuroinflammation through the mechanisms listed previously, and reduce oxidative stress, both of which have deleterious effects on the brain. Through epigenetic effects (HDAC inhibition), ketones alter gene expression, increasing the expression of brain-derived neurotrophic factor (BDNF) which promotes neuronal survival and regeneration. Ketones modulate the balance of inhibitory and excitatory neurotransmitter release, which is crucial for normal neurological function, as imbalances can lead to neuronal injury. Lastly, through mitochondrial protection, exogenous ketones have been shown to restore motor function and prevent the loss of neurons in a model of Parkinson’s disease. These same effects also may enhance recovery to acute brain injury. In fact, in a cell culture study BHB enhanced neuroregeneration where the cell cultures treated with BHB showed more intense cell migration and regeneration of the damaged area, as well as improved axonogenesis and synaptogenesis. 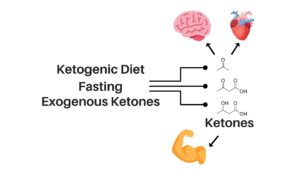 Ketones support our endogenous antioxidant defenses through the upregulation of our master antioxidant, glutathione, and increasing the expression of genes involved in oxidative stress resistance (e.g., FOXO3 and SOD2). In mice exposed to radiation, exogenous ketones led to a 50% decrease in markers of radiation-induced cell damage. Ketosis increases the cellular ratio of NAD+ to NADH which makes NAD+ more available for antioxidative defense and DNA repair.

Ketones have many effects on the brain, which can lead to changes in mood. Beyond delivering energy to the brain for normal function, ketones elicit changes in neurotransmission that can lead to positive changes in mood. For example, the increase in our calming/inhibitory neurotransmitter, GABA, and decrease in the excitatory neurotransmitter, glutamate, in response to ketosis may have a mood stabilizing effect. There is also evidence suggesting that low GABA levels may be involved in mood disorders. In ketogenic diet research, mood improvements have been reported with ketosis. As well, through their anti-inflammatory, epigenetic, and neuroprotective effects, ketones are even considered a potential treatment for mood disorders, such as schizophrenia, depression, anxiety, and bipolar disorder. Indeed, our research has shown exogenous ketones to elicit anti-anxiety effects in animals through ketones actions on adenosine and adenosine receptors.

Ketogenic diets lower blood sugar through carbohydrate restriction, however, research with exogenous ketones has shown that there is a blood sugar lowering effect unique to ketone bodies themselves. It is not clear what mechanisms are responsible for this effect; however, it may be due to improved insulin sensitivity creating greater tissue uptake of glucose. There is a currently registered clinical trial looking at the effects of exogenous ketones on glycemic control in type-2 diabetics, and we look forward to sharing the results when published.

Research shows that during heart failure, ketone metabolism increases, and ketones may offer therapeutic potential by supplying energy to the failing heart. During ischaemic events, where there is a lack of blood flow to the heart, heart energy metabolism changes due to lack of oxygen, causing metabolic dysfunction and reduced energy production. Ketones are advantageous in conditions of low oxygen availability as they require less oxygen than fats or glucose to produce energy. In addition, ketones may support heart health by improving endothelial function, reducing oxidative stress, and lowering inflammation, all of which are heart protective.

Exercising in a state of ketosis has a glycogen sparing effect at sub-maximal intensities, which may attenuate the rise in blood lactate concentrations thereby reducing symptoms of fatigue. This glycogen-sparing effect of ketones may also promote better glycogen replenishment following exercise when taken alongside carbohydrates. Exogenous ketones have also been shown to enhance muscle protein synthesis when co-ingested with protein and carbohydrates. Furthermore, exogenous ketones consumed with carbohydrates have been shown to reduce the symptoms associated with overtraining which suggests ketones may heighten tolerability to chronic exercise through enhanced recovery. These outcomes may be due to ketones’ anti-inflammatory and antioxidant effects.

The symptoms associated with the transition into ketosis with a ketogenic diet are thought to be at least in part due to the temporary lapse in energy as the body switches from a glucose-based metabolism to a fat- and ketone-based metabolism. Supplying the body with supplemental ketones can fill this gap in energy during this period thereby reducing symptoms associated with low blood glucose. Ketone salts offer a greater advantage as they often provide a balanced mix of electrolytes (e.g., sodium, potassium, calcium and magnesium), which can often be depleted during carbohydrate restriction. Together, exogenous ketones support a more enjoyable and sustainable transition and maintenance into a low-carbohydrate diet.

The greatest factor in producing (and sustaining) fat loss is creating a calorie deficit through appetite suppression. Ketosis induced via exogenous ketone supplements has been shown to directly suppress appetite and reduce the desire to eat. In animal models, BHB administration leads to reduced food intake, further supporting an appetite suppressing effect. Interestingly, in one study, subjects who lost weight with a ketogenic diet (in ketosis) did not experience the expected increase in ghrelin (hunger hormone) and subjective appetite that usually accompanies weight loss. Altogether, ketone bodies may help better manage appetite to support weight loss goals.