What is cancer cachexia and why is it a problem worth investigating? 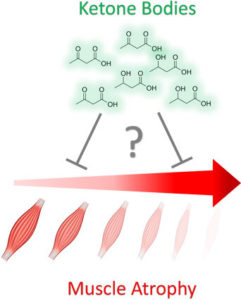 Cancer cachexia is a devastating comorbidity of cancer, with a defining hallmark of muscle wasting. The condition can severely reduce quality of life and patient survival. In fact, 20% of all cancer-related deaths are the result of cachexia with almost all patients experiencing symptoms of cachexia if their cancer progresses into advanced stages. In spite of this and over a century of research into this complex disease, there are no effective treatments or mitigation strategies available.

Why are there no current treatment and/or preventative therapies for cancer cachexia?

CACS is complicated. It is a multifactorial disease with many contributing factors, and thus no single therapy has been approved to combat this multi-component disease. When a disease has so many contributing features, finding a therapy is almost like playing a game of whack-a-mole. You can target one of its features, and you may even be successful with it, but there’s more than one mole to whack at a time. The reality is that most drug therapies are developed to target just one mechanism, so CACS either requires more than one tool, or a tool with multiple targets.

To make matters worse, no model system has been able to accurately recapitulate the full spectrum of clinical biomarkers and complexity of CACS, severely limiting the ability to even  study the condition. In order to push the needle forward and make any clinical advancements, an accurate model system is essential. The major issue with previous model systems is that they critically fail to reproduce one very important feature of the disease: progressive and spontaneous metastasis, aka the growth and spread of cancer throughout the body. That is, until now.

A new model for CACS?

As mentioned, cancer cachexia models do exist, the issue is that no model has been fully evaluated for the full clinical biomarkers observed in patients and very few reliably reproduce systemic metastases (advance disease). The D’Agostino lab at the University of South Florida, has used the VM-M3 mouse model to study metastatic cancer. This model reliably induces a primary tumor, followed by the rapid spread of cancer cells throughout the whole body (systemic metastasis). It also allows for tracking tumor growth through bioluminescence, since the VM-M3 cells express the enzyme luciferase, which catalyzes the production of a visual signal (after D-Luciferin injection) wherever the cancer cells have spread. However, while this model system fills a major gap in the current model systems (metastasis), it had never been evaluated for full CACS.

Thus, the first objective of this study was to evaluate whether the VM-M3 model could reproduce the clinical biomarkers of CACS and advance the current modeling systems.

Interestingly, the way tissues waste is different in males than it is in females, so it’s important to note that the VM-M3 was able to model male and female cachexia alike, with important sex-specific atrophy differences. Additionally, it was also illustrated that VM-M3 developed CACS across multiple forms of cell implantations, a critical discovery which has important logistical and reproducibility impact on future research. Lastly, critical atrophy mechanisms were uncovered in the skeletal muscle of VM-M3, which involved altered anabolic pathways such as insulin and insulin-like growth factor-1 (IGF-1) signaling. Together these results demonstrate meaningful advancements in fully embodying CACS, regardless of sex and cell implantation method used, which will hopefully allow for future advancement in understanding CACS disease pathology and also studying potential therapeutic strategies.

If ketosis is muscle-sparing, can exogenous ketones act as anti-catabolic agents in cancer and cancer-independent muscle wasting?

For over half-century, nutritional ketosis (endogenous or exogenous) has been proposed to have anti-catabolic effects, with indirect evidence of this reaching over a century back. From an evolutionary perspective, fat, and its derivatives, ketone bodies, served as an alternative fuel to glucose when food was scarce. In early landmark starvation studies, by Cahill and colleagues, it was proposed that ketone bodies were the molecules that allowed patients to survive prolonged fasting for months, rather than weeks, extending adaptive survival in catabolic conditions (Felig et al. 1969; Cahill 1970). In other words, in situations that you would expect rapid wasting, ketone bodies are believed to spare the breakdown of valuable tissues (eg. muscle).

Since this discovery, decades of research has directly or indirectly looked into the muscle-sparing and anti-catabolic effect of ketone bodies. However, the advancements of nutritional ketosis across many skeletal muscle atrophy conditions is limited by the inability to elevate ketone bodies without requiring widespread dietary change, intravenous infusion, and/or lowering important anabolic hormones critical to muscle homeostasis (such as insulin and IGF-1). This is particularly problematic for cachexic patients who often experience anorexia and other symptoms which make dietary changes and adherence exceptionally difficult. Exogenous ketone supplements, however, allow for the elevations of beta-hydroxybutyrate (BHB) and acetoacetate (AcAc) (the two primary ketone bodies produced in ketosis), while simultaneously decreasing blood glucose levels, mimicking the metabolic environment where Cahill demonstrated anti-atrophy effects in a catabolic environment (starvation). Novel exogenous ketone supplements have now shown the ability to dramatically and rapidly elevate ketone bodies, without requiring patients to undergo widespread lifestyle modifications which often result in low compliance.

Critical to therapeutic advancement in the CACS environment is the underlying disease driving cachexia, cancer. An ideal anti-CACS therapy would at the very least not promote cancer development, but more ideally have anti-cancer effects. Nutrition has come center stage in the conversation of cancer treatment as data indicates that nutrition affects metabolism and metabolism affects cancer. One nutritional strategy with growing interest in the field of cancer is the ketogenic diet as Weber et al. 2019 has illustrated that across pre-clinical cancer studies, ~60% of all reports currently indicate an anti-tumor response (Weber et al. 2019). Thus, while data indicates that ketones may have anti-catabolic effect, they may also have anti-tumor effects, depending on the catabolic environment and/or cancer type. Though, the therapeutic utility of exogenous ketone supplements in CACS environments is unknown.

Thus, the second objective of this study was to determine if exogenous ketone supplementation can combat skeletal muscle atrophy in both cancer and cancer-independent scenarios.

As one may have expected, ketone bodies reduced muscle wasting across cancer and cancer-independent models of muscle catabolism, even when controlling for comorbid symptoms. A finding no less dramatic than the first, but potentially much more impactful.

This study used the exogenous ketone supplement, R/S-1,3 Butanediol Acetoacetate Diester, a unique exogenous ketone body which rapidly elevates BHB and AcAc to similar levels in a dose-dependent manner. It was applied chronically in the food of the VM-M3 mouse model of CACS. The researchers followed the disease progression of the animals, while also assessing critical biomarkers of CACS progression. Incredibly, the exogenous ketone bodies were well-tolerated, altered systemic metabolism, but also demonstrated anti-tumor, anti-anorexia, and anti-atrophy effects. A single therapy with potential widespread effects, something that has never been offered before. This was incredibly exciting considering that the VM-M3 model recapitulates comprehensive and multifaceted CACS as it is most commonly presented in clinical patients.

These results led the researchers to then ask another question: if these ketone bodies attenuated atrophy in this multifactorial and devastating environment, would they also inhibit tissue wasting across other complex skeletal muscle atrophy environments?

The research continued, exploring whether acutely administering these exogenous ketones, by just a single dose, would alter the course of tissue wasting in infection/septic skeletal muscle atrophy environments. Infection/sepsis is also a devastating and multifactorial atrophy condition. However, unlike other atrophy conditions, infection results in rapid inflammation-induced skeletal muscle atrophy which can often be fatal. In humans, this can occur in days to a week. In modeling systems, this can occur in hours to days. Lipopolysaccharide (LPS), a known infectious agent, was administered, followed by administering just a single dose of exogenous ketones. Remarkably, a single dose of exogenous ketones attenuated tissue catabolism by 47%, but also attenuated anorexia. The researchers followed these animals for multiple weeks and found that the single administration of exogenous ketones allowed animals to retain higher body weight and expedite their time-to-recovery from the infection. This came as an exciting and unexpected surprise, as additional experiments were then conducted to confirm these findings while controlling for other factors, such as anorexia, which have known impacts on atrophy and tissue catabolism. In this follow up analyses controlling for anorexia (food intake), the researchers found that yet again, just a single dose of exogenous ketone supplements attenuated atrophy, but this time, by 28%, even when controlling for food intake/anorexia.

Beyond the discovery of a novel and accurate model of CACS, is the potentially powerful and clinical role for exogenous ketones in situations of tissue wasting, in both cancer and cancer-independent conditions. And while there are a number of ways to induce therapeutic ketosis, fasting and ketogenic diets are often contraindicated due to fear of compliance and exacerbating tissue wasting. Thus, exogenous ketones may offer a well-tolerated solution, overcoming the current barriers for inducing nutrition ketosis in these atrophy-based environments and warrant further exploration. It is important to remember the ultimate goal of this research is to positively influence patient outcomes. This requires years of investigation, collaboration, and innovative thinking. It is with great hope that these findings spur more research into the impact of nutrition on disease, and further advance the understanding of if and where these therapies may be used most appropriately, and why.