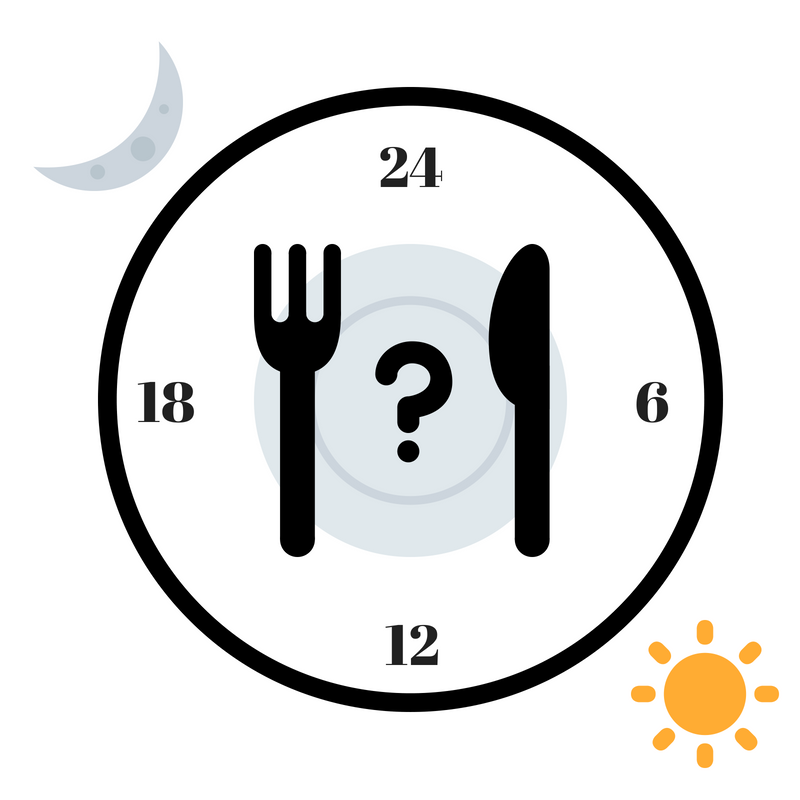 At the Salk Institute of Biological Sciences, researchers have been collecting data on human parameters for how much we eat, sleep, and move to get a better understanding of molecular mechanisms of the biological clock. Dr. Satchin Panda Ph.D has even created an app called mycircadianclock so you can even participate in his research! Why though, would scientists be so concerned as to create an entire app to track how much we eat, sleep, and move? Well it turns out, that the timing of when we do something as crucial as eating, may have a much more significant impact on our metabolism than we think.

All organisms evolved on a rotating earth, therefore almost every organism on earth has an internal clock that has adjusted to when it is light outside, and when it is dark also known as the light-dark cycle of day and night.

Humans fall under the category of being diurnal, meaning that we are most active during the day and rest during the evening. When we go to bed and after we have been asleep for x number of hours without having an alarm set for the next morning, our “internal clock” wakes us up and lets us know “hey it’s morning, time to wake up!” and almost every organ in our body has this same kind of internal clock and knows when to be most active, and when it is time to rest and recover. This internal clock is your circadian rhythm.

Your circadian rhythm is a naturally occurring 24 to 24.5-hour cycle that is at work even in the absence of light fluctuations or a light-dark cycle.  This 24-hour oscillation not only governs when you may feel sleepy at night and alert during the day, but also micromanages our cells. Our cell’s metabolic activity is under tight surveillance; from the timing of hormone production to when repair processes are activated, all of these processes are temporal and regulated by your circadian rhythm.

Fast forward to an experiment done on mice, scientists discovered that the suprachiasmatic nucleus (a small pair of nuclei in the hypothalamus situated right above the optic chiasm) which we can call the SCN for short, serves as the master regulator of circadian rhythm. If the SCN in damaged, an organism loses their normal sense of circadian rhythm. In one of the earliest examples of behavioral transplant, researchers removed the SCN of one mouse which first demonstrated to lose its sense of time. Then, after transplanting the SCN of that mouse into another mouse, the mouse who received the SCN exhibited the circadian behaviors of the mouse from which the SCN was removed. [2] When relating this scenario to neurodegenerative diseases such as Alzheimer’s where in very advanced stages, the SCN is impacted, it may very well be the case that a damaged SCN is a major reason for a lost sense of day and night in patients with this disease.

Master’s of the Master Regulator: Light and Food 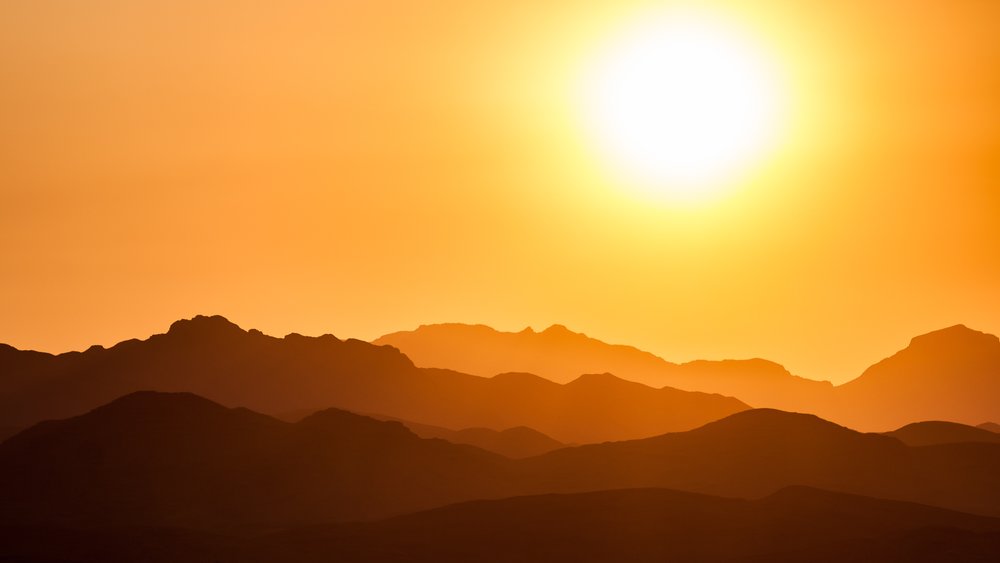 We know that our SCN sets our internal clock, with the first sight of bright light received by our eyes. In experiments, blind mice are able to reset their circadian rhythm and in the real world after humans have gone blind they are able to regain their circadian rhythm as well. The hypothesis made after considering these situations was that there must be another light receptor specifically in the eye, and it must be in the eye itself because mice and humans who have had their eyes removed have shown to have lost all circadian rhythm, without the ability to regain it.

Dr. Panda’s research shows that blind mice can reset their circadian rhythm unless they are unable to produce a molecule called melanopsin. [8] Melanopsin is an opsin-like protein that is sensitive to bright light and found in the retinal ganglion cells of the eye, explaining why the presence of our eyes, regardless of vision, plays a role. It is believed to be the visual pigment that synchronizes the circadian cycle to the day and night cycle of our environment. In fact, when melanopsin senses light it inhibits melatonin production. Melatonin is a hormone secreted from the pineal gland that helps to make us feel sleepy when our environment becomes dark. This may serve as an important implication as to why we shouldn’t stare at computer or phone screens close to bed time. [9]

The SCN maintains control of peripheral oscillators or “mini clocks”, which exhibit their own near 24-hour rhythm and control circadian phenomena in other tissues and organs. [3] These peripheral clocks may not all be able to receive environmental light cues as our eyes do, rather their cues come from food instead. Peripheral oscillators can be found in places like the adrenal gland, esophagus, lungs, liver, pancreas, spleen, and thymus. It has been found that circadian clocks in the liver, specifically regulate metabolism. 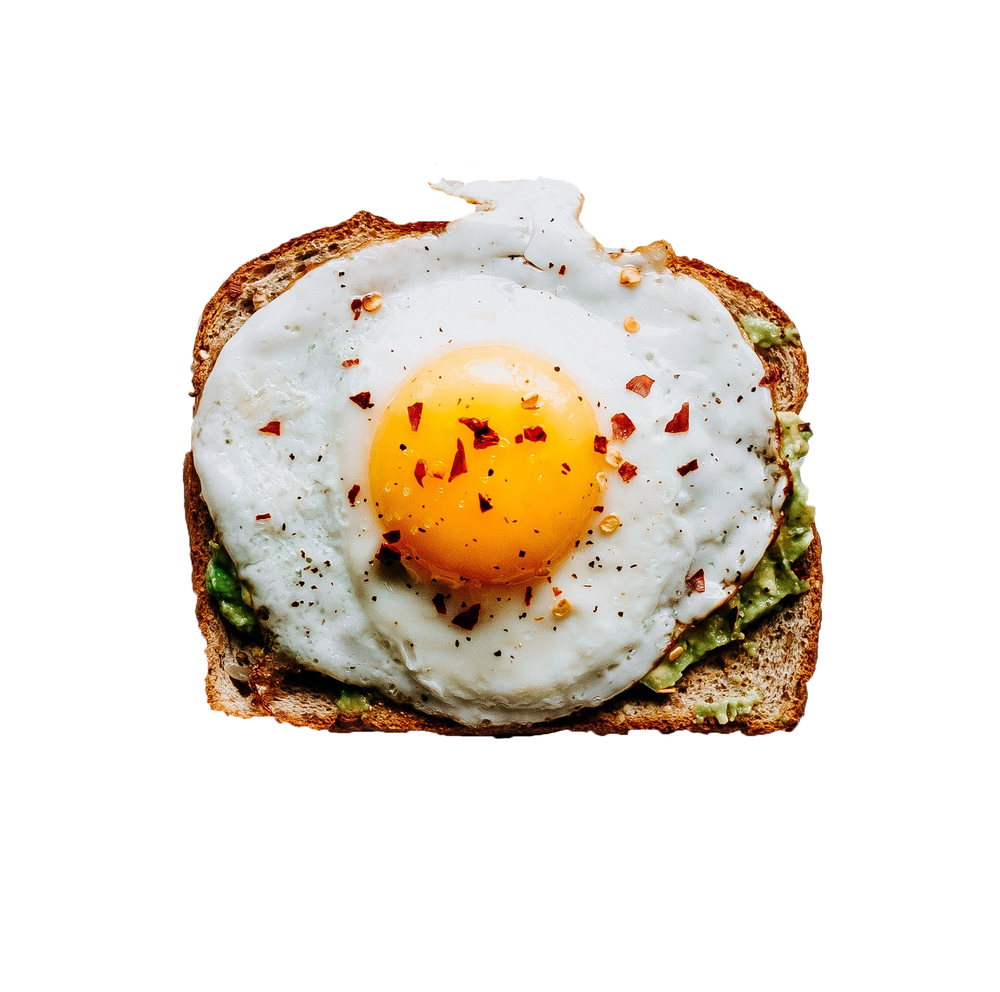 These peripheral clocks are important because metabolism is not a one-step process. There are separate times for when protein is broken down, fatty acids are metabolized, DNA replication takes place, etc. You can think about clocks in metabolism as traffic lights in a downtown intersection. Without these stop lights turning on and off at specific times to regulate traffic, there would be accidents and traffic jams. Similarly, in the liver separate metabolic processes have their own “stop and go” signals and if caught in a traffic jam could lead to dysfunction and disease. We wouldn’t want to bombard our liver with nutrients while its sitting at a red light, digestion in this case becomes dysregulated.

For this reason, researchers began looking at which genes were regulated by, CLOCK short for Circadian Locomotor Output Cycles Kaput. CLOCK is a gene encoding the transcription factor that affects both the persistence and period of circadian rhythms. CLOCK functions as an important activator in the generation of circadian rhythms. In humans, disruption of the CLOCK gene has been associated with insomnia, weight loss difficulty, and recurrence of major depressive episodes in patients with bipolar disorder. [1]

In an experiment done at the Salk Institute of Biological Sciences researchers took 2 groups of mice with the same light-dark cycle; one group ate during the day and the other group during the evening. They hypothesized that if the liver takes cue from a light-dark cycle, then all cycling genes should be identical in both groups. They went on to find that the cycling genes across both groups were not identical and that in fact, the timing of food intake was governing the liver clocks. The day fed animals had a different circadian rhythm than the night fed animals. [2] This demonstrates that the time at which we eat tells our liver clocks when to turn on and when to turn off. This experiment has been repeated many times and research continues to show that almost every organ outside the brain responds to the cue of when we eat. After all, 10-15% of the protein-encoding genome is regulated by circadian rhythm and 40-50% of those genes deal with metabolism. So, food, light, and timing all together are significantly impacting our metabolism, likely more than we think!

Another experiment done in Dr. Panda’s lab was done using 2 identical sets of mice, both having received a high fat diet (60% of the calories were from lard (~32g), 16g maltodextrin, 8.8g sucrose, 6.5g fiber (cellulose) per serving of chow). This diet mimics what would be considered a “Western Diet”, a diet that is high in both dietary fats and carbohydrates. One group was restricted to eating within an 8-12 hour window and the other group could eat ad libitum (as much as they wanted), without calorie restriction. 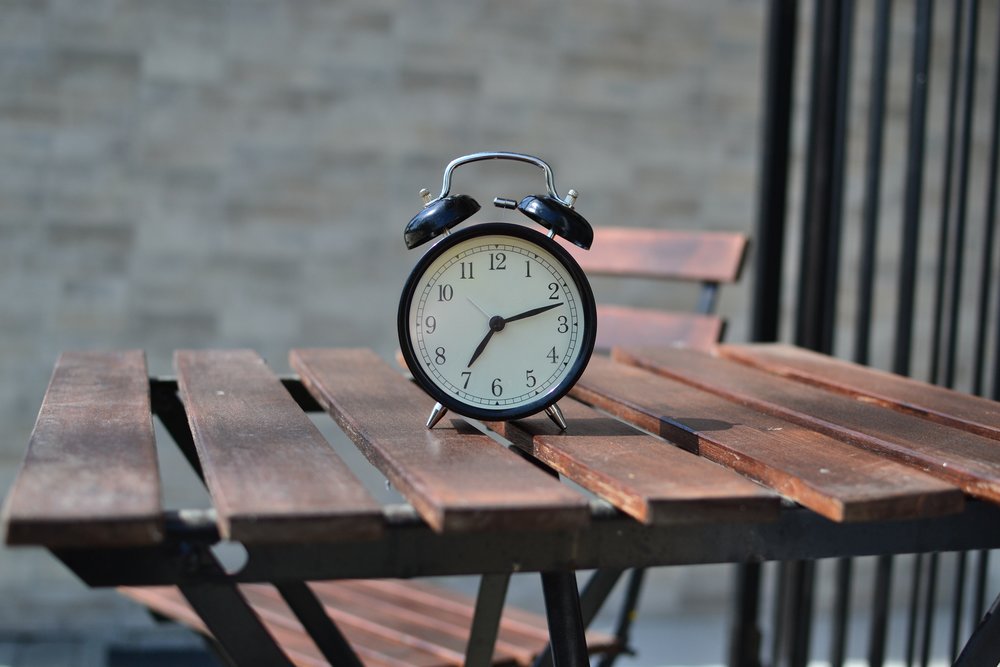 Mice who were restricted to 12-hour feeding showed:

Why We Shouldn’t Eat Too Close to Peak Melatonin Production

Melatonin is the body’s sleep hormone connected to the time of day; rising in the evening upon sunset and decreasing in the morning upon sunrise. In recent studies, melatonin has been found in pancreatic beta islet cells, a type of cell found in the pancreas that store and release insulin. 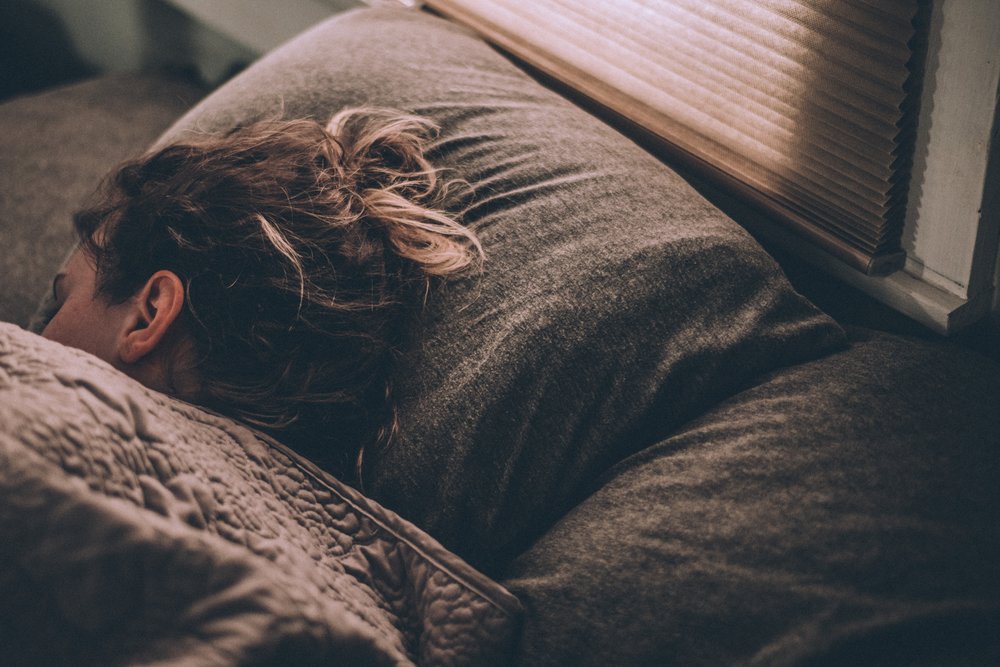 When scientists were doing Genome-Wide Association Studies (GWAS; an examination of many common genetic variants in different individuals to see if any variant is associated with a trait) about 10 years ago, they expected to see many genes correlating with metabolism, however one unexpected gene that kept coming up was a melatonin receptor. At the same time, researchers were finding that melatonin was also correlating with obesity diabetes. What researchers were beginning to find was the melatonin receptor was present in pancreatic islet cells and that melatonin signals were inhibiting insulin secretion. [10] So, in the presence of melatonin, the pancreas gets the signal that it’s off duty. According to this finding, the evening may not be an appropriate time to eat high-carbohydrate foods, given that carbohydrates typically increase blood glucose and that insulin is required to attenuate this rise. 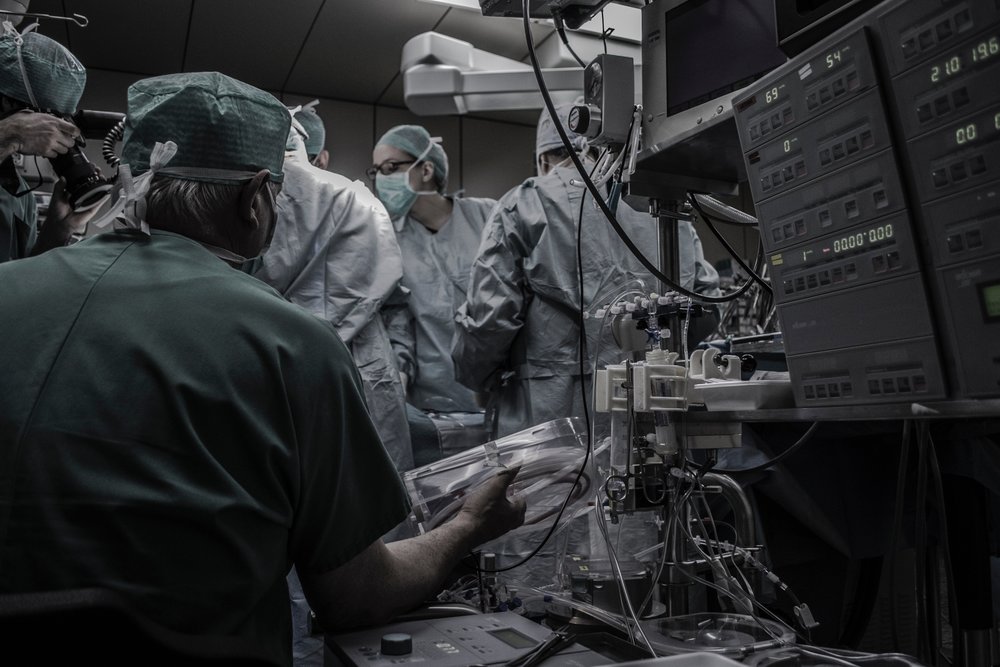 Research has shown detrimental effects of shift work, all of which are likely linked to disrupted circadian rhythm. People who have worked night shifts for 10 years suffer memory loss equivalent to that of someone with 6.5 years of age related decline. Which leads to the question: what are the conditions that break down our internal clocks? Obviously, we can imply that not getting enough sleep or eating later than we need might be the culprit, but this is not to say that nutrition does not play a role. Nutrition matters! However, now we have evidence to suggest that when we eat may be as important as what we eat. Therefore, TRF may be a good entry point to better living and reaping the benefits seen in animal models so far. The data itself shows that the time restricted mice have 28% less body mass overall and 70% less body fat eating the same not-so-nutritious food! [2] In animal models, TRF shows some benefits even if that eating window is not during normal wake hours, suggesting that for shift workers, utilizing TRF regardless of where the eating window falls, may be the best alternative. We are excited to see how this may translate to the health of humans.

Topics Worth Touching On

What starts the clock?

For More Research on TRF and other Benefits

The gut microbiome changes in response to circadian rhythm and time-restricted feeding can promote a healthier gut microbiome diversity. TRF helps to nurture a wide variety of species to co-habit in the gut as certain bacteria are more active during our waking hours and others during our resting hours. Study